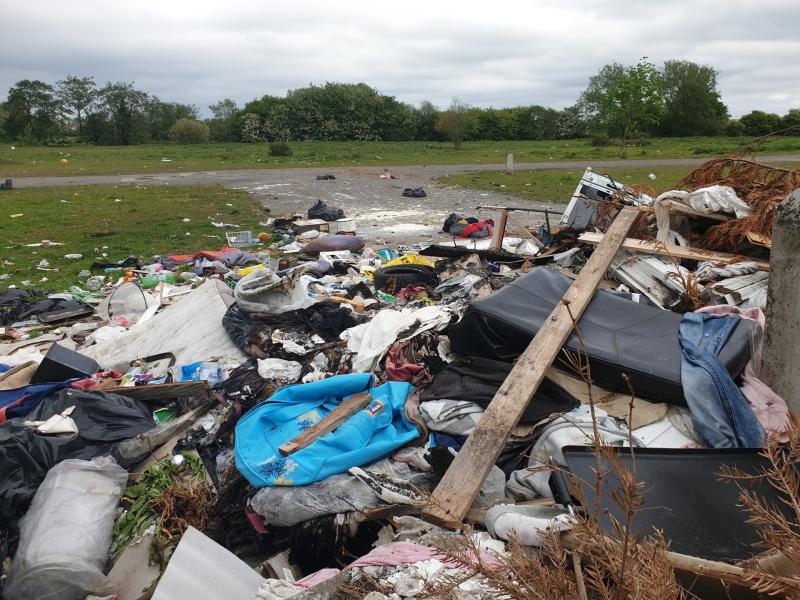 A HOUSING estate in Tullamore was described as a “war zone” and a “free for all” at a joint policing committee meeting on Monday.

Church Hill was once again highlighted as a blackspot for anti-social behaviour by two councillors who spoke at the meeting, which was held by Zoom.

Cllr Sean O'Brien said unauthorised parking continued to be a serious issue in the estate despite the work of the gardai and Offaly County Council.

“They have done everything possible. Unfortunately we're in a bit of a legal loop here and both the council and the gardai's hands are tied on the matter at the moment,” said Cllr O'Brien.

The councillor hoped the matter would be resolved shortly but added: “We have residents there for practically a year and a half who are prisoners in their own homes.”

He said people go to work and come home in the evening and find rubbish dumped in their lawns and cars parked outside their houses.

“They can't access their houses,” said the Independent representative.

He said the green area had been “completely taken over”. “It's something we've got to get a hold of because it simply can't continue and I just hope we can get some solution to it.”

Cllr Neil Feighery echoed those sentiments and said the problems were persisting despite a lot of working going on “behind the scenes”.

“It's a free for all for certain individuals,” said the Fine Gael councillor.

“We need to bring to bear all the tools we have as local government and from the gardai's point of view to ensure a bit of structure and common sense and bit of decency starts to prevail.

PROPERTY: Eight houses in Offaly that are for sale for under €150,000

“People down there are paying a lot of rent, paying money on mortgages and it's a bit like a war zone now with people abandoning cars, all sorts of vehicles everywhere they like, all sorts of waste, human and otherwise being disposed of in the estate.”

The councillor added: “It's hard to believe that's going on in Tullamore in this day and age.”

He pointed out that though the gardai were involved, everybody is entitled to due process.