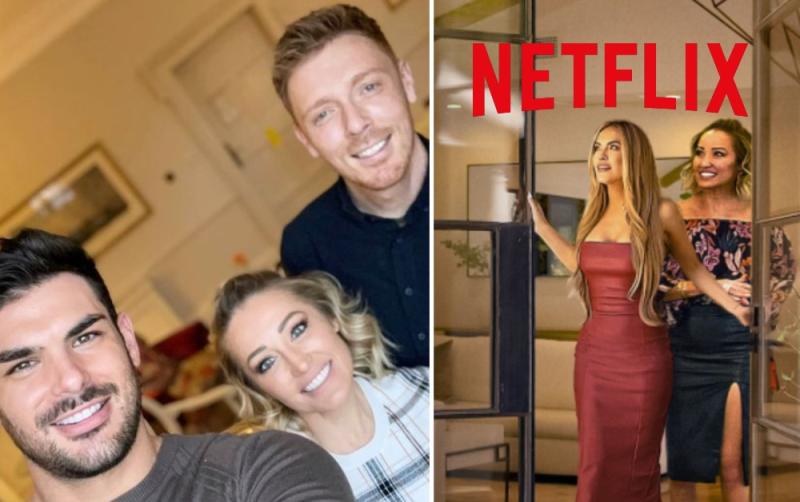 An Offaly hairdresser was rubbing shoulders with some of TV's biggest stars last week as he styled two of the cast members of the hugely popular Netflix reality show Selling Sunset.

Glen Cullen, owner of the Industry hair salon in Edenderry, travelled to Dublin late last week to style stars Mary Fitzgerald and her husband Romain Bonnet as they took in a whistle-stop tour of the capital exploring Mary's Irish roots.

Glen, who has previously worked in Beverly Hills in Los Angeles where some of the show is set, got the call thanks to a mutual connection.

"I was contacted by a mutual connection to Mary and Romain to look after them both for press calls while visiting Ireland," Glen told the Offaly Express at the weekend.

"It was a job I was certainly not going to refuse," he added.

Explaining his connection to the bright lights of LA, Glen said: "I had the opportunity a few years back to work at Andy Le Compte Salon, Madonna's personal hairdresser, in Beverly Hills alongside other celebrity hairstylists and that opportunity has opened a few doors for me, this being one of those I guess."

The glamorous TV couple enjoyed attractions like the Guinness Storehouse during their visit with Irish fans flocking to Instagram to follow their visit. Glen says they were "lovely people to work with," describing them as "very accommodating and down to earth."

PROPERTY: Eight houses in Offaly that are for sale for under €150,000

He continued: "We got on like we had known each other a long time so that made my job easier. They were both loving Dublin a lot and seemed sad that the trip was just a quick one to Dublin.

"Romain was very excited to check out the Guinness Storehouse and spend their last evening exploring Dublin a little. It was a great opportunity to get to work with such big stars of the moment seeing as Selling Sunset is one of the top shows on Netflix right now.

"Hearing our clients at Industry excited and interested and talking about it since, was certainly nice to see anyways," Glen concluded.

Selling Sunset is indeed one of the hottest shows on the planet right now with Irish fans recently enjoying season four on Netflix. It remains one of the top trending shows in Ireland on the streaming service.