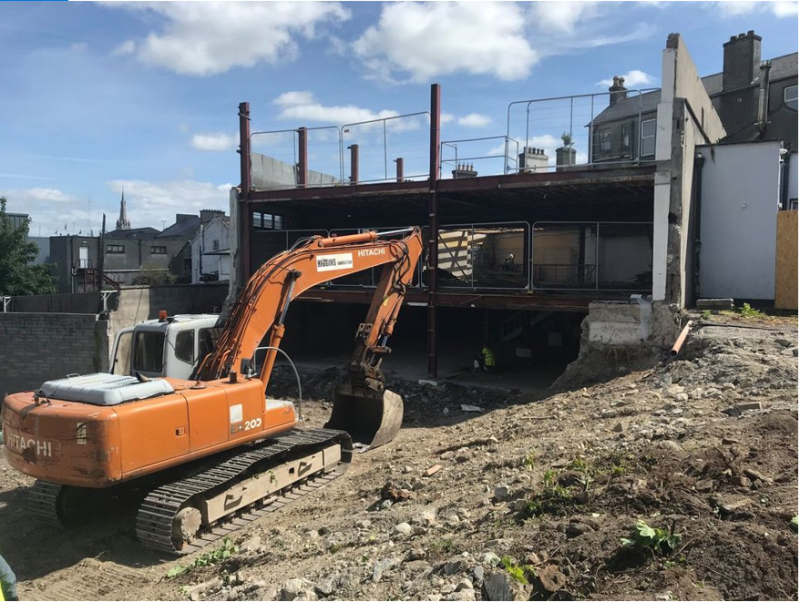 A time frame has been revealed for opening of the new Tullamore Arts Centre.

Tullamore Community Arts Centre is expected to open in the second quarter of 2022.

Offaly County Council has budgeted a sum of €100,000 in operational funding for next year when it opens to the public.

Located in the former Kilroys store on High Street, it was bought for a sum of €405,000 by Offaly County Council.

€180,000 was raised for the construction of the centre in a 2000 Club Members Draw fundraising campaign which took place in 2011 at the height of a recession. It was spearheaded by the late Paddy Fenning.

The fundraiser left a shortfall of €20,000, which Mr Fenning pledged to raise once construction began. Sadly the popular local man died at the start of the build in 2020.

The Chair of Tullamore Arts Centre Des Doyle says €500,000 needs to be raised and a special committee has been formed to deal with that.

€2m in government funding which was ringfenced for the project is being drawn down in phased amounts as the construction continues and as the bills come in, a spokesperson at Offaly County Council said.

When the centre is fully opens, the day to day costs will come from the income it generates and also from a mix of funding streams, added the spokesperson.

The arts centre will have a 250 seat auditorium along with spaces for art exhibitions and different types of classes.

Offaly county councillor named as one of Ireland’s Inspirational Heroes

The spokesperson said the centre will be for all ages and all social groups in the town.

‘’There will be opportunities for all ages and artists, whatever their taste. It will be for the community. It will also give a boost to the night time and day time economy in Tullamore. If people come to town to go to a show they may go for a meal or a drink beforehand. Or if they are here for a few days they might take in a show’’.

The Arts Centre was originally planned for Kilbride Park and plans were unveiled at the Court Hotel to a packed house, however a significant budgetary overrun saw the plans abandoned.

The current Arts Centre was designed by architect Kenny Lyons.