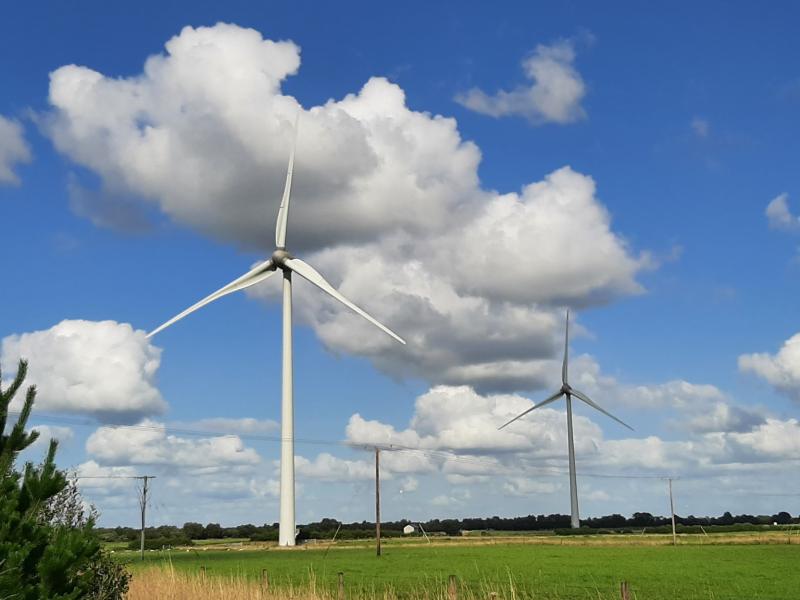 Independent TD for Laois-Offaly Carol Nolan has said that communities and families affected by the construction of wind turbines within their localities have been left profoundly frustrated by the inability of the Minister for Housing, Planning and Local Government, Darragh O’Brien to clearly state when the revised Wind Energy Guidelines will come into effect.

A draft of the revised guidelines was published in 2019.

Deputy Nolan went on to say that Minister O’Brien could only confirm to her that his department is still engaged in a ‘focused review’ of the existing guidelines, which remain in full force until such time as the revised wind energy guidelines are issued.

Deputy Nolan had previously raised the matter of wind turbines being constructed on Lemanaghan bog during Leaders Questions with An Taoiseach, Micheál Martin.

“We are clearly at the point now where people’s patience has been exhausted. It is almost ridiculous to think that the first public consultation on the impact of wind energy guidelines, especially around wind turbines, began in early December 2019," she said.

That consultation closed in February 2020, and yet we are still waiting for a definitive form to be given to Wind Energy Guidelines which are having a devastating impact on families on communities the length and breadth of the country.

"It is hard for those who do not live near these wind turbine monstrosities to fully appreciate the level of psychological harm they can create, be it from noise or flicker levels

"Minister O’Brien informs me that any new guidelines will have to be signed off in conjunction with Minister Eamon Ryan’s department, which has primary responsibility for the noise element of the turbines. But he also says new guidelines can only be issued after they have also been signed off by Special Environmental Assessment consultants.

"What this clearly says to me is that unless communities are listened to and their concerns acted upon, then they are very likely going to have to endure the profoundly harmful effects of wind turbines for a long time to come given the level of inter-departmental and consultant-led work that remains to be done. That is entirely unacceptable.

"Communities must have their concerns addressed. They need respite from these eyesores and noise creators as a matter of urgency,” concluded Deputy Nolan.

People divided over gardaí catching this speeding driver in Offaly