Staff at Offaly hotel working to adapt to post-Covid world 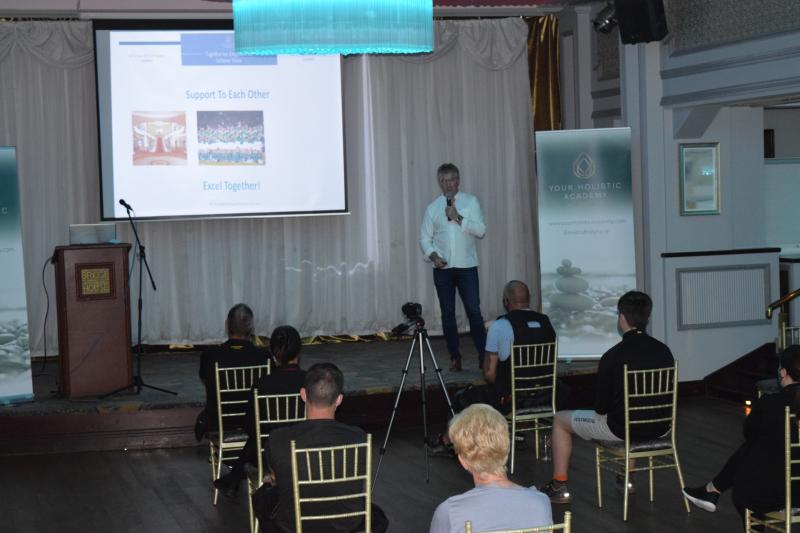 Confidence among workers in the hospitality sector has taken a battering during Covid but a Tullamore hotel is taking steps to ensure workers are prepared for the post-pandemic world.

The first in a series of seminars to help people adjust to the post-Covid era was held in the Bridge House Hotel last month and further courses are planned every quarter.

The seminar was run by “Your Holistic Academy” and was attended by 22 members of the hotel's team.

Tomás McLoughlin, the academy's representative in the Midlands, said the hospitality sector had been hardest hit during the Covid crisis.

“It's now time we try to support workers and help them get their confidence back,” said Mr McLoughlin.

He added that the Bridge House approached his organisation with a view to running the course and were the first hotel in the entire country to host such an event.

Mr McLoughlin pointed out organisations are adapting to circumstances post Covid, whether that be changes in business layout or “pivoting what in offered” to customers. Some businesses in the hospitality sector had been closed for a long period, he said adding that “this is likely to spark a lack of confidence in those returning to work, unsure of their own capabilities and being at work with an increased number of people around them.”

Barry Kilroy, General Manager of the Bridge House Hotel, said the course was “also a way of developing participants as people in the long term.”

“As we reopened we found that a lot of staff had their own ups and downs during Covid. We hope that this will help them on their own journeys through work and their own personal lives.”

Mr Kilroy said he found some members of staff had really embraced the changes forced on the sector by Covid while others struggled.

“There is no doubt that confidence would have suffered among many,” he outlined.

Mr Kilroy admitted the hotel faced many challenges in the post-Covid environment and admitted it was “exceedingly difficult” to get staff.

“People realise now there is more to life than work,” said Mr Kilroy who added the hotel planned to host such courses for staff each quarter.

On a broader front, he said it was very difficult for the hotel to manage in the present environment as “we don't know even now what the Government plans.”

“We don't know if we can have live music or take bookings for Christmas parties,” he added.

But Mr Kilroy stressed Failte Ireland were very supportive and listened to the concerns of those in the hospitality sector.

“Staff are coming back to work with different apprehensions,” he stressed

Mr McAlinden said morale was at a low ebb with many workers due to their experiences over the past 18 months.

Describing the advice he gives as “basic common sense”, Mr McAlinden said he adopted a holistic approach that supported the whole person.