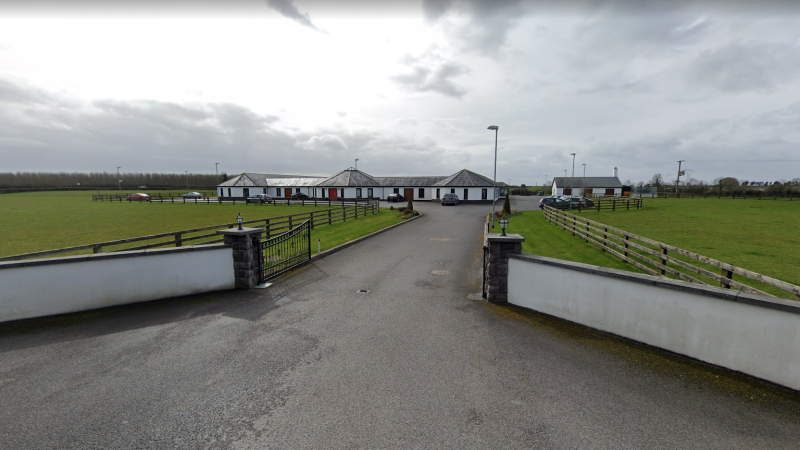 An unannounced HIQA inspection at Eliza Lodge Nursing Home outside Banagher found the facility to be mostly compliant in all areas of care and management.

The inspection took place on May 14, 2021, and the inspector spent a full day assessing the facilities and speaking to staff and residents.

The inspector said: "While the provider responded appropriately to inspection findings by taking required immediate action to ensure smoke, fumes and fire would be contained in the event of a fire in the centre, the checking procedures need review to ensure they are effective in identifying risks to residents' safety.

"The person representing the provider and the centre's general manager gave a commitment to review the procedures in place and facilitate training needed."

The inspector noted: "During this outbreak, 23 residents and 15 staff were affected. Sadly, three residents passed away due to the viral infection. Learning from this outbreak was implemented and was being regularly reviewed to strengthen the centre's contingency plan and preparedness for any further outbreaks. Covid-19 vaccinations were completed for residents and
most staff at the time of this inspection."

The inspector also spoke to residents about their care and specifically the recent Covid-19 outbreak.

The report stated: "Some residents expressed their sadness that residents they knew passed away due to complications caused by the virus. One resident described the outbreak as 'a tough time', while another resident said they were not very unwell but still worried about the outcome for themselves."

Residents, however, were quick to praise the staff members caring for them with "each resident describing the staff as 'the best in the world'," adding that they 'made huge sacrifices leaving their own families to look after them."

Residents were observed as being happy and stimulated at the home. Residents enjoyed arts and crafts and card games while the inspector was present.

In a thoughtful touch, the person in charge had commissioned a mechanical board for one resident with dementia who had an
engineering background. This resident was observed by the inspector to be working on the board and discussed what he was building with the inspector.

Residents made pizzas and pastries on May 12 to celebrate international nurse's day in the centre and plans were underway at the time of the inspection for staff and residents to participate in a fundraising event for a local charity.

The residents were satisfied with their food choices and the homely surroundings at Eliza Lodge.