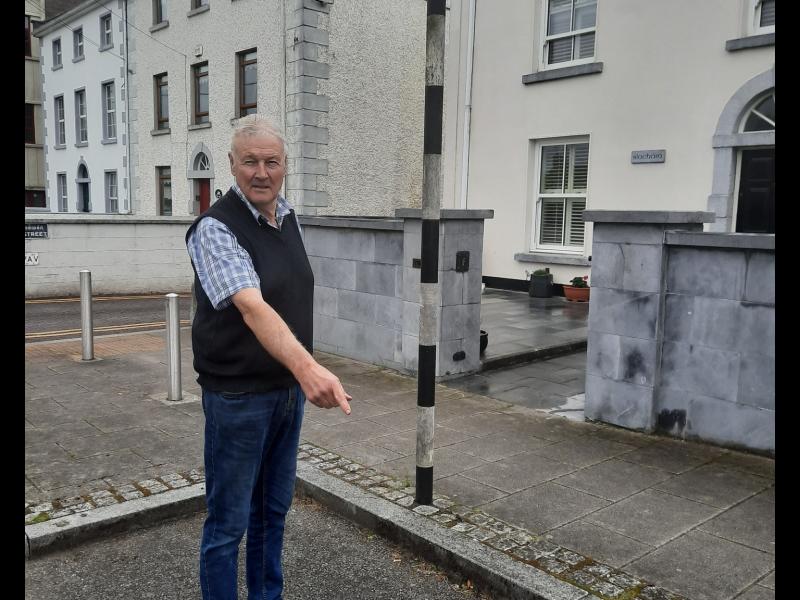 AN Offaly farmer whose 211 OY registered Landcruiser Jeep was stolen from outside his home on Tuesday night last believes he is being targetted by a professional gang.

Retired Garda and farmer, Martin Moloney, has been the victim of a series of robberies over the past number of years in which tools, a car trailer, stable doors and other pieces of equipment have been stolen from his farm on the Killeigh road outside Tullamore.

He purchased the 211 OY registered Landcruiser Jeep for €48,000 just two to three months ago.

“On Tuesday last I parked my Landcruiser Jeep (211 0Y 528) outside my home at Convent Road, Tullamore. When I got up on Wednesday morning I quickly realised it had been stolen during the night,” Mr Moloney told the Tribune.

He added: “Both fobs were in the house, neither had been taken. They were both well away from the front door and in any event, I don't have a letterbox in the door and so I don't believe anyone could have scanned the keys through the door.”

“There was no sign of broken glass around where the jeep had been and no sign of damage.”

“Gardai who attended the scene found no evidence of a break-in and it appeared to be a professional group who carried out the theft,” said Mr Moloney.

“As you can imagine a jeep is not an easy thing to hide or drive undetected and it is suspected at this time that a professional gang stole it.”

Mr Moloney has an outside farm on the Killeigh road, about three miles from Tullamore.

“On Saturday evening last, June 19, at about 7-7.30pm, I noticed a drone passing and repassing over my land. The drone was guided down over my jeep and other machinery in my yard at Killeigh. There has been a large number of thefts from this yard over the years and I believe that the operator of the drone in involved in some way, at the very least passing on valuable information to the criminals and possibly more. I believe my number plate on the jeep was scanned and perhaps my key fob. I'm not very technically minded but am told that this can be done via a drone.”

He added that about two months ago a power washer was taken from the back of his tractor which had been parked in Killeigh and moved to town along the same route as he did with his jeep on Tuesday last.

“A couple of days before the theft of the power washer, valued at €2,000, I had seen the drone over my land,” outlined Mr Moloney.

Other thefts on his land over the past number of years, involving goods such as diesel, stable doors, a car trailer and various tools, amount to a loss of several thousand euro.

“Upon recollection, it appears to me that my land and property are under surveillance by this drone and a theft seems to ensure shortly afterwards,” he said.

On Saturday last, as the drone passed over his lands at Killeigh, his horses bolted resulting in one being seriously injured, the full extent of which is being assessed by a vet.

“These are thoroughbred racehorses of significant value,” said Mr Moloney.

He added, “the matter is being investigated by An Garda Siochana in Tullamore and by another party.”

Long-standing Offaly barbers closing down due to pandemic

Long-standing Offaly barbers closing down due to pandemic