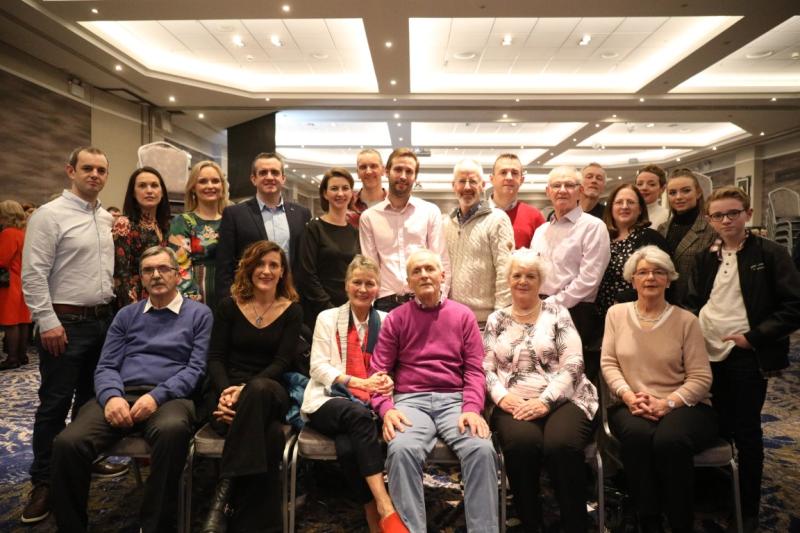 THE Paddy Fenning Walk is to take place on Sunday, September 26, the 50th anniversary of Offaly’s breakthrough All-Ireland football final win over Galway.

The walk was initially supposed to be staged 12 months ago but with fundraising activity having been stymied by multiple lockdowns since March of last year, organisers are excited to have finally been able to fix a date, particularly one with such resonance. It is planned that the 5km walk will take a route along the banks of the Grand Canal and conclude at Tullamore GAA Centre.

Paddy Fenning was introduced as a substitute during Offaly’s 1-14 to 2-8 defeat of Galway that secured the county’s first ever All-Ireland senior title in 1971. He was a regular fixture on the team when they retained the Sam Maguire Cup the following year, scoring the only goal of the game in the runaway replay final victory over Kerry.

Having spearheaded numerous fundraising drives in the locality over many years, the Tullamore man threw himself into yet another once he was diagnosed with motor neurone disease in 2019, aiming to raise €150,000 for MND research and support services as well as local homeless causes. Sadly, Paddy succumbed to the illness in May of last year.

Members of the 1971 team are very enthusiastic about the walk being fixed 50 years to the day since their finest achievement and will be there in strong numbers for an event which may yet tie in with Offaly GAA’s plans to mark the milestone. There is a poignancy, however, to their getting together in Paddy’s honour given that he was the main driver of numerous reunions and team holidays over the years.

The fundraising initiative was launched before a large gathering at the Tullamore Court Hotel in February of last year with in excess of 1,000 sponsorship cards distributed, though the vast majority of those have yet to be returned given that the pandemic kicked in a number of weeks later. Despite that, the fundraiser recently passed the €100,000 mark.

Organising committee chairman Joe Stewart commented: “With September 26 firmly marked on the calendar, the fundraiser now has a focal point that we can build towards. We know that a lot of people still have sponsorship cards that they agreed to sell with the best of intentions, only for the pandemic to put everything on the back burner.

“With society now reopening and three months until the walk takes place, we would hope that they are now in a position to fill the cards and return them to us as we strive to reach the €150,000 target and drive past it if we can at all.

“The 1971 team has rallied behind the idea with great enthusiasm and it promises to be a terrific occasion as people from various strands of Paddy’s life come together in his memory and for such worthy causes.”

For further information or to make a contribution to the fundraiser, visit www.paddyfenningwalk.com.