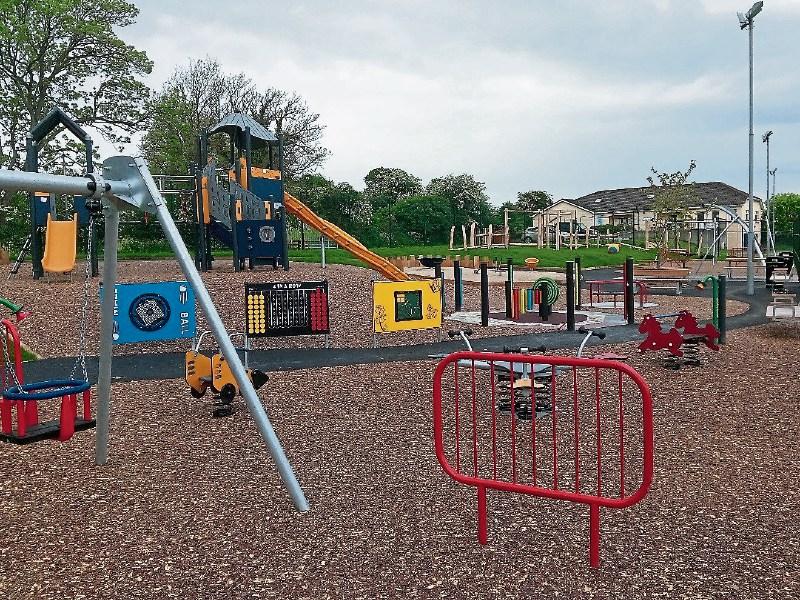 Playgrounds such as this one in a school in Tipperary are beyond the financial reach of many schools in East Africa.

Offaly children have raised money for their twin school in Kenya.

For many years the school community at Ballyboy National School has been inspired by the work of Irish missionaries to help the poor in East Africa.

As part of the school’s Millennium Pledge, Ballyboy NS decided to work with the families and children of Ewuaso in Kenya towards building a brighter and better future.

The school management of both schools got together to unite the schools.

Fr. John Fortune IC, Sr. Camillius (RIP) & Ruth (Principal of Baraka Kindergarten) were all onsite in Ewuaso ensuring since the establishment of the partnership between the two schools that all proceeds raised by the community are going entirely to bettering the lives of the children and families in their community.

Since the beginning, the children, parents and staff of Ballyboy have taken every opportunity to co-operate with their twin school.

The Principal of Ballyboy NS, Helen Callaghan, told the Tribune that it's been a journey packed full of “fun, love, care and our very best intentions.”

The Ballyboy school community have been involved in organising numerous fund-raising activities, including a talent show, cookbook, bag packing, carol singing, the annual Enterprise Day and many others over the years to support the community of Ewuaso.

“The funds raised since the Millennium,” said Ms Callaghan, “have supported the community's development and the teaching & learning in Baraka Kindergarten in Ewuaso.

“We have also been able to extend our support by assisting with the development of a Women’s Refuge for young girls fleeing from FGM and becoming child brides.”

Each Christmas the children of Ballyboy have been sending gifts to their friends in Ewuaso. Most recently the school community of Ballyboy came together to donate funds to develop a playground on the grounds of the school in Ewuaso, an amenity to be enjoyed by all of the children in the surrounding areas for years to come.

“We were delighted,” said Helen, “to receive the photographs from Principal Ruth showing the beautiful equipment being installed.”

Ruth is the Principal of Baraka Kindergarten and she sent a message with the photographs which said, "Hey! Dear Teachers and Students. This is our new outdoor play equipment in Ewuaso, Thanks to everybody in Ballyboy for making this happen."
“The ability to recognise an opportunity when it arises is available to us all,” said Helen, “but in the distractions of everyday life many opportunities are lost.

“In Ballyboy NS we continue to grasp our opportunity to support our sister parish in Ewuaso each year, a partnership whose benefits are felt on two continents.”

Ewuaso parish is near Nairobi, the capital city of Kenya. The parish is located to the north-west of the city. The crime rate in Nairobi is high but in rural areas like Ewuaso it is much lower. However, people are very poor in rural Kenya and need all the assistance they can get. There is a very strong sense of community which is a normal way of things in poor areas.
The parish is also a small trading town. It opened in 2004 and covers 40 miles of the bush northwest of Nairobi, where zebra graze along with the cattle herded by the still very traditional Maasai tribe. It is young and growing, just like the Catholic Church in Kenya.

Missionaries first came to East Africa in the late 1800s, and the first four dioceses in Kenya were established in 1953. Today there are 26 dioceses in Kenya, and about 33 percent of the country is Catholic.