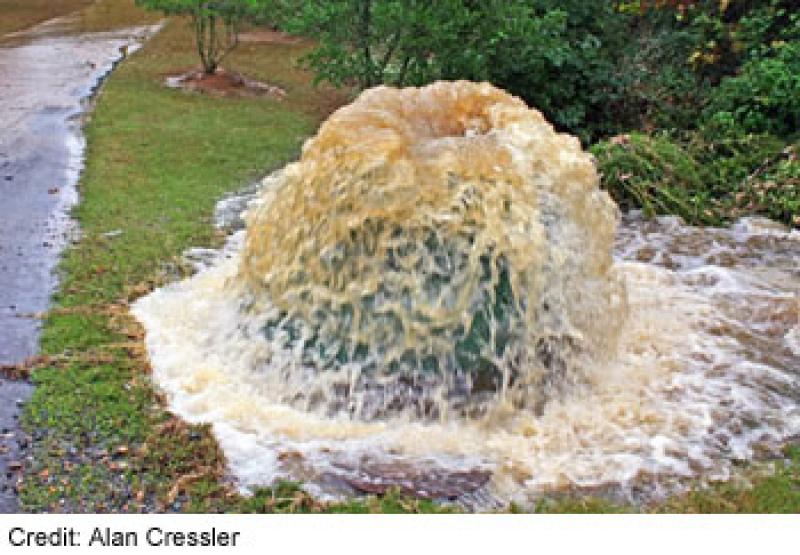 The future of Offaly's water and sewage service is currently with the Workplace Relations Commission. People are worried that the service will become more centralised.

A number of local Councillors are worried that the running of Offaly's water and sewage system will become more centralised.

Mary Hussey of the environment section of Offaly County Council told the April meeting of Birr Municipal District that a service level agreement has been in place between Irish Water and the local authority since 2014 whereby Irish Water is in charge of the county's water and sewage services but it extensively uses the local knowledge and hardworking approach of the local authority's outdoor staff.

The councillors pointed out that many of them weren't happy back in 2014 when Irish Water took over the running of the area's water system. The understanding during the takeover was that the local authority water staff would continue in their role but under the umbrella of Irish Water.

Ms Hussey said the workers' union is currently in contact with Irish Water because it wants to ensure that the current service level agreement is continued into the future. The union wants to ensure that the agreement is not reneged upon.
The councillors said they are concerned that the level of engagement between the local authority and Irish Water in operation since 2014 will be discontinued, with a resultant loss of jobs and local knowledge.

Ms Hussey said that the Local Authority is under the understanding that “The Government expects that Irish Water will integrate the day to day operation and delivery of water services into its own organisational structure on a phased basis. In preparation for this, the Government is asking all parties to engage through Workplace Relations Commission (WRC) structures to identify a Framework for the future delivery of water services by July 2021. This process will seek to agree an outcome that works for Irish Water, local authority staff and local authorities and supports the creation of a world class utility which delivers for the citizen.

“Following collective agreement at the WRC, it is expected that Irish Water, working with local authorities and current water services workers, will then implement a phased plan for the integration of water services into Irish Water's structure, with implementation to be concluded in 2022.

“The Government will bring forward amending legislation to provide that Irish Water is a publicly-owned, national, stand-alone regulated utility separate from the Ervia Group.

“Offaly County Council are waiting for the outcome of the WRC talks to see what the implication will be for the Council.”
Cllr Peter Ormond told the meeting that he has “serious reservations” about the proposal to transfer the day to day delivery of water services into the organisational structure of Irish Water. He said Irish Water already has a lot of power and he felt uneasy about ceding further power to the company. “I think we councillors should oppose this.”

Prior to 2014 water and wastewater services were provided completely by the local authorities. In what was effectively a centralisation process, the local authorities' control of these services was handed over to Irish Water, since which time the Councils' employees have continued to operate the services. There's now a fear that the involvement of local Council employees will be greatly reduced, if not phased out completely. It's hoped that the WRC negotiations will reach a satisfactory conclusion, easing the fears of the local authority employees.

Irish Water was mired in controversy from the get-go because it oversaw the hated water charges and their associated water metres. Tens of thousands took to the streets in what was referred to as “the water rebellion”. People remain wary of the public utility company.

Cllr John Carroll told the Birr MD meeting that he too has reservations about giving further control of the services to the public utility because it may end up that too much control is handed over. He hoped the outcome of the WRC talks will be positive.