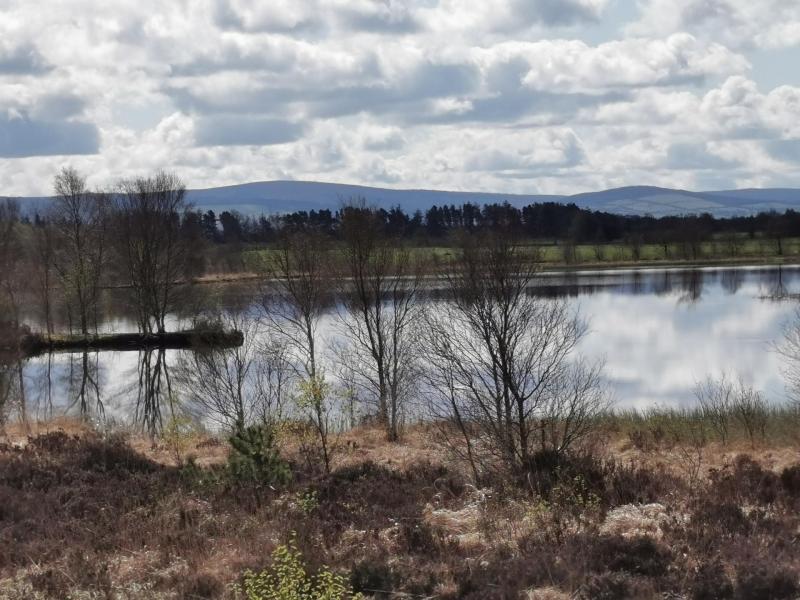 Pictured are some shots from around Lough Boora during a recent lovely sunny day. Pic: Ruth Gill, Kilcormac

These extraordinary times have us all searching for ways to keep connected with our families, communities and our former work colleagues.

A group of men that were former workers with Bord na Mona in County Offaly are meeting in 2021 to explore how they can stay connected and in doing so lessen social isolation. The idea to reach out to former Bord na Mona men was identified as a need during the Boora Wellbeing Programme in 2020.

The Ex Workers Group has met four times to date via Zoom to plan and develop a programme of activities that will reach out to men that worked in all Bord na Mona locations in County Offaly. These meetings have been facilitated by Offaly Local Development Company Development workers David McCaffrey and Declan Costello.

One of the meetings was dedicated to telling stories of the men’s memories from the many years of working in Bord na Mona. Following on from this successful venture it was decided to start collecting stories from as many of the men as possible throughout Offaly.

These could include stories from: harvesting peat, the Briquette factories, workshops, offices, canteens, social and sporting events and the many changes experienced over the years. The plan is to collect as many stories as possible and to include in a book later in the year. Ideally the stories will be emailed to the Men’s Group members but recordings will also be possible especially as restrictions are eased in the next few weeks.

The other agreed activity is to organise outdoor activities from late April onwards. The first of these walks will take place on Tuesday, April 27 in Lough Boora Discovery Park at 2pm. The second walk is for Friday, April 30, at 2pm along the Grand Canal in Daingean. These walks will be Covid compliant and are planned initially for an eight-week period.

For further information on joining the group, getting involved in writing or collecting workers stories or joining the upcoming walks please contact Offaly Local Development Company workers David McCaffrey at 087 1782989 or dmccaffrey@offalyldc.ie or Declan Costello at 087 6991226 or dcostello@offalyldc.ie.