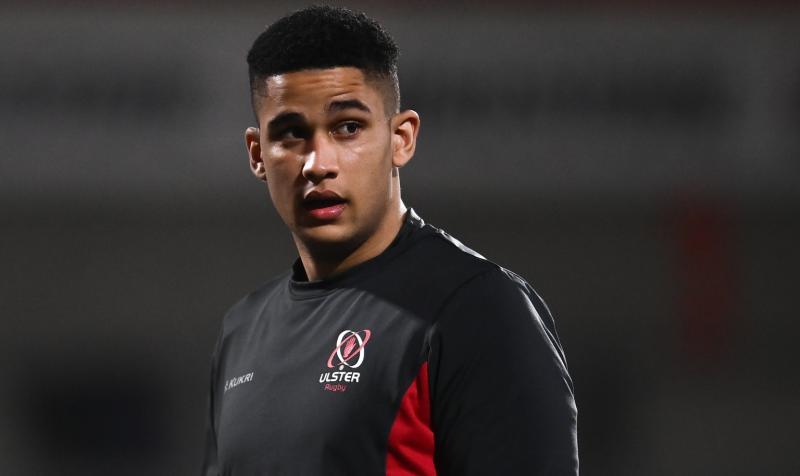 CORMAC Izuchukwu is to get surgery next week on a knee injury. Izuchukwu  suffered a torn ACL in his left knee in Ulster's recent Challenge Cup win against Harlequins.

It is a big blow to the Tullamore man who was rewarded with a new contract recently after settling very well into professional rugby life in the northern province.

The recovery from an anterior cruciate ligament tear varies depending on its severity but it can take up to six months or more.

Izuchukwu had made his senior debut in the win over Glasgow Warriors and his new contract will see him spend on year as a development player before being upgraded to a senior professional contract.

Ulster coach Dan McFarland remarked: “Since joining the Ulster Academy, Cormac has impressed everyone with his rapid development.

“Despite not having an extensive amount of rugby experience, his athleticism and hunger to learn have already paid dividends in terms of what he has achieved both with the senior team, as well as the ‘A’ team, on and off the field.”

A multi-talented all round sports man in his youth, Izuchukwu moved to Tullamore from London when he was seven years of age. His mother Catriona Dooley is a native of Kilcormac and he was a keen athlete, basketballer and footballer/hurler, featuring on Offaly U-14 development squads, before concentrating on rugby.

He played underage rugby with Tullamore and really began to progress in the game when he went to Cistercian College in Roscrea as a boarder. He played sevens rugby with Ireland but was more suited to the full game and he joined the Ulster senior academy last year.