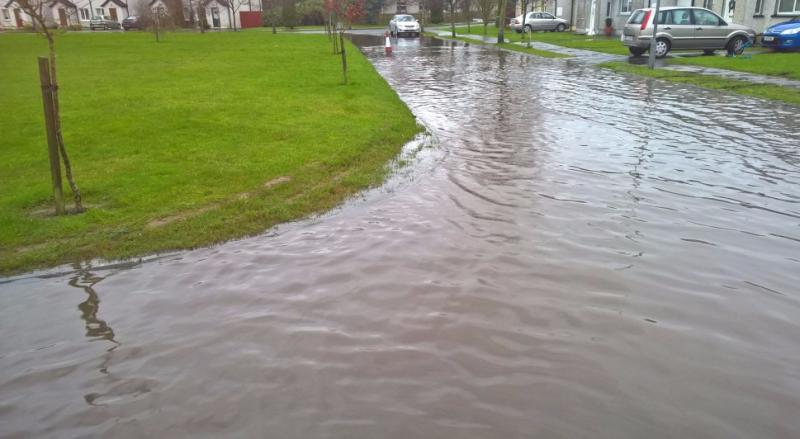 The problem of a 'disgusting' sewage problem in an Offaly housing estate was raised during last week's meeting of Birr Municipal District.

The councillor said this is an old problem and it's 'disgusting'.

She said the responsibility for dealing with the issue is kicked between Irish Water and the County Council with neither organisation taking it on board.

The Councillor said the issue is particularly bad during winter and periods of flooding.

“The residents are asking us to please deal with the matter before the return of winter and its associated flooding events which always results in nasty sewage discharges in the estate.”

Cllr Claffey previously raised this issue in February 2020 when flooding occurred in Portavolla resulting in a sewage discharge. The matter was described at the time as being 'very serious' and the Area Engineer and his staff attended the scene. Cllr Claffey discussed the problem with the Chief Executive of Offaly County Council, Anna Marie Delaney, and requested that emergency plans be put in place. An emergency meeting of Birr MD was also called. However the source of the problem hasn't been adequately dealt with and threatens to re-erupt.

Mary Hussey of the County Council's Environment Section told the meeting that the Council carried out a survey of area and identified the source of the problem which was an inappropriate interaction between the surface water network and the sewage network.

“Unfortunately, Portavolla is located on a flood plain. Therefore, we have to separate the two systems, the surface water network and the sewage network, from one another. There is funding in place to do that and a will to tackle the problem.”