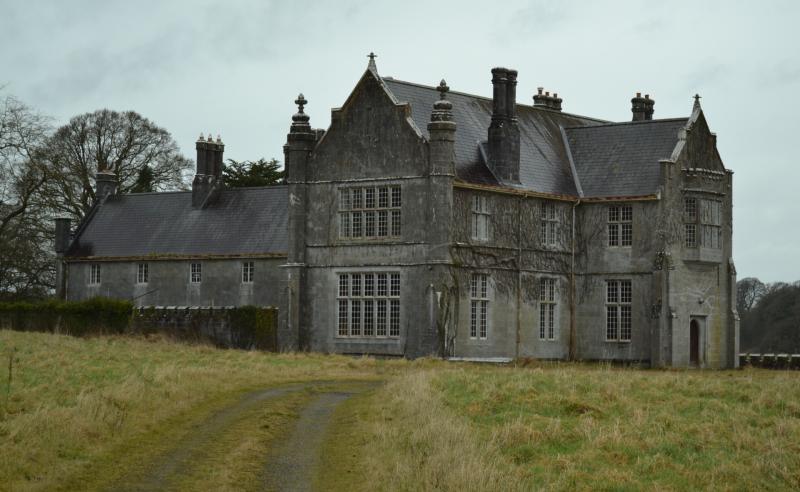 Ireland's efforts to green global historic sites such as the Sydney Opera House, the Leaning Tower of Pisa and the Pyramids of Giza for St Patrick’s Day is in marked contrast to “lacklustre efforts to win recognition for Durrow and Clonmacnoise in Offaly and other historic sites throughout the country,” according to Deputy Michael McNamara.

The Clare Independent TDs comments come ahead of a June 30 deadline for local authorities, community organisations and State bodies to submit applications for Ireland’s Tentative List for future World Heritage nominations to UNESCO.

Deputy McNamara said, “Tourism Ireland’s Global Greening project comes about as a result of much effort and some cost to the State (€48,583 in 2019), but I accept that it results in a benefit, not limited to direct income, to our State.  We have, however, neglected to progress various sites in Ireland to UNESCO world heritage status over the past decade.”

“We currently only have two sites on the UNESCO world heritage list, Skellig Michael and Newgrange,” he explained.  “By comparison, Austria and Denmark have ten world heritage sites, the latter having advanced five sites to designation in the past decade.”

“In 2014, I met with UNESCO representatives and learned that there had been little or no communication from the Irish government on the matter for some time and little effort had been made to advance the Irish tentative list since it was handed over in 2010.

“When I raised the matter with the then Minister for Culture, Heritage and the Gaeltacht in 2015, I was informed that Kerry County Council had informed the Department that it did not wish to be involved in progressing the potential Western Stone Forts nomination. This was also the case in Clonmacnoise, which had obvious implications both for the potential nomination of the site in its own right, as well as for its status as a crucial element of the potential group nomination of the Early Medieval Monastic Sites.

“Since then, successive governments have failed to progress the designation of this tentative list despite the fact that it would bring worldwide attention to our unique patrimony and to the natural and built heritage sites themselves. As well as a requirement to ensure any development is sympathetic to and protects the integrity of the sites, which may explain the reluctance of some, more cavalier local authorities, designation also typically results in an increase in tourism, with associated economic benefits."

In response to a recent parliamentary question, Deputy McNamara was informed that a new tentative list is being developed by the National Monuments Service, with a June 30th deadline for applications from local authorities, State bodies, community organisations and individuals, for sites or properties of natural and/or cultural heritage to be included.

He continued, “Given the increase in tourism typically generated by World Heritage site designation, and the unprecedented challenges that will face the domestic and international tourism sector when we open up to world again, every effort must be made to advance built and natural heritage sites across Ireland to the World Heritage list.”

“Unless the government prioritises the list that will be developed and puts the same effort into obtaining world heritage status for our own sites as it puts into “greening” other states’ world heritage sites, I fear the list will be as useless an exercise in bureaucracy as its predecessor.  Our annual celebration of international World Heritage sites being lit up in green must be matched by a similar enthusiasm for securing similar designation for our own world class heritage sites,” concluded Deputy McNamara.