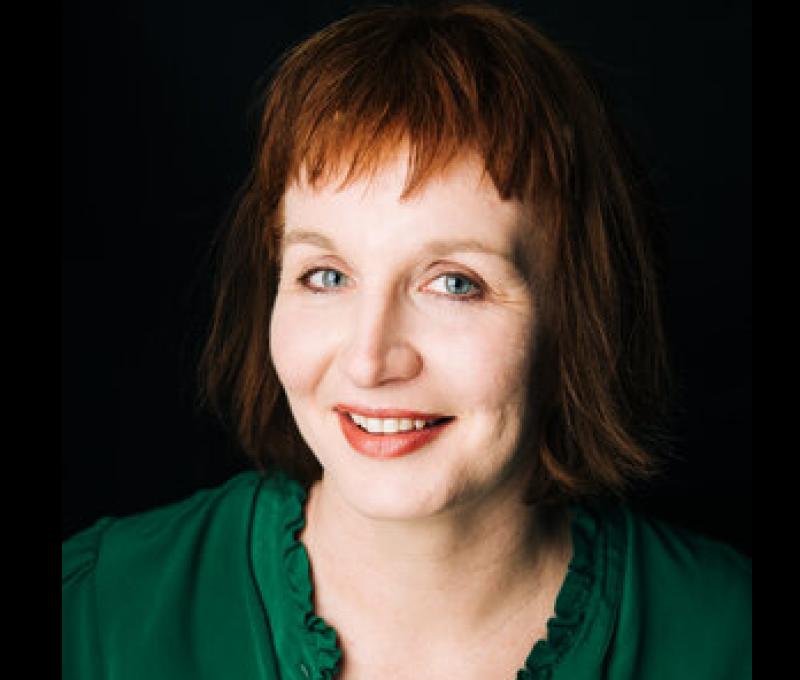 Stella O'Malley is one of Ireland's leading voices on what's influencing people's behaviour in Ireland today. Making it her life's work to help people to live a life of their own choosing instead of letting life happen to them, she has become a successful psychotherapist, best-selling author and public speaker.

Stella was born in Dublin but now calls Birr home where she lives with her husband and two children and runs her private practice. It was much of her counselling and teaching work with parents and young people, which culminated in the publication of her two bestselling books 'Cotton Wool Kids' in 2015 and 'Bully-Proof Kids' in 2017. Her latest book 'Fragile' was released in 2019 and focuses on overcoming anxiety and stress.

Both in her talks and lectures, Stella lends her voice to a range of topical issues, communication skills, mental well-being and mindfulness while providing motivational talks on parenting issues relating to adolescents and children. Forging a career in the national and local media as a regular contributor, she writes, talks and focuses on the many topical issues we face as a society today.

She has worked as the resident psychotherapist for the popular RTE series 'Raised by the Village' where under her guidance, rural communities help city teenagers to get their lives back on track. She was also the presenter of the highly acclaimed Channel 4's 'Trans Kids: It's time to talk' in 2018 as well as contributing to a myriad of other podcasts, television programmes, interviews and projects.

So, the Birr based psychotherapist was a natural choice to chat to as part of our 'Inspiring Women' series, which we are putting together to celebrate International Women's Day (IWD) on March 8.

Stella herself is taking part in the 'Speak Up for Women's Rights' event, an online conference being presented by the Irish Women's Lobby on International Women's Day. And recently, she chatted to me about this event and told me how proud she's to be part of its Irish panel.

The 'Speak Up for Women's Rights' includes renowned speakers, who will discuss issues women routinely face, from Irish and international perspectives and Stella's delighted to be on the Irish panel at this virtual conference to celebrate IWD. “It has an extraordinary cast of people that I will be with,” she explained.

Stella will feature on the Irish panel along with Ruth Breslin, lead researcher with the Sexual Exploitation Research Programme (SERP) at UCD and author, journalist and feminist campaigner, Rachael Moran, who led the 'Turn off the Red Light' campaign. Stella herself will speak about gender issues and gender roles and how they impact on girls, especially teenage girls because it is something that she is most interested in in her work. “It is a really big honour to be amongst these people,” she added.

According to Stella, it's great “we are celebrating IWD in Ireland with this conference”. “There is also another conference going on earlier in the day. So in Ireland this year, we are making a very good push on IWD, which is great.”

Commenting on the importance of IWD, the best selling author outlined how people presume that all the women's rights have been won. “They think it has all been done and that it's over. Yet even when you look at Helen McEntee only a couple of weeks ago, it turns out there's no maternity leave in the Dail. Even that!”

“We all know that for example Olwyn Enright was a great politician and she backed out of politics as far as I can tell because it isn't friendly to rearing children.”

Continuing, Stella pointed out that it's women, who are in their 30s and 40s, biologically, are most often definitely raising children. And with this in mind, Stella said: “I think we have to re-arrange the workplace. It is not friendly, and I think, thankfully, Covid-19, the theme of this year's IWD being 'Women in Leadership during the Covid pandemic’, has been a good mirror up to that.”

“They say an awful lot of people divided the work and it became obvious that a lot of the women were doing the lion's share of homeschooling and yet we are still bringing in half the income. And, this was happening in families all over the country. And, lots of women noticed it, commented on it and have been talking about it. I think Covid-19, when we all had to stay at home. The man was working. The woman was working. The reality of the woman doing significantly more came out.” In fact, Stella commented how it “revealed the iniquity”. “Well that's what it seemed to do,” she added.