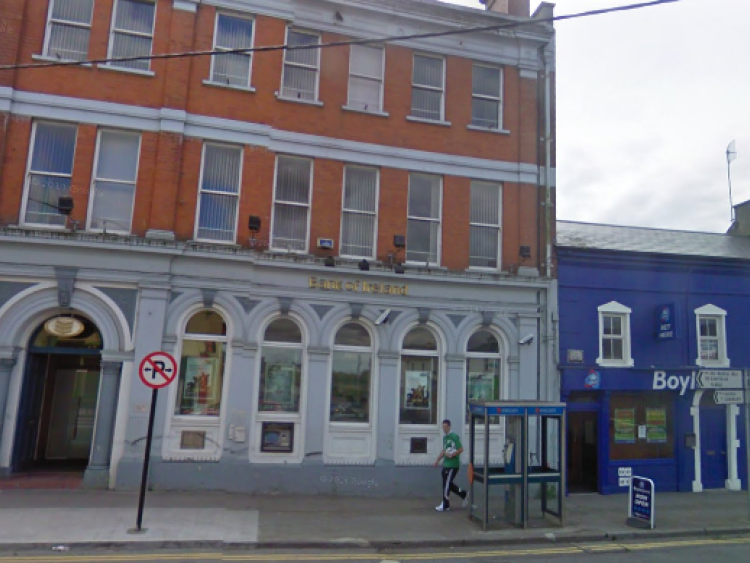 Bank of Ireland in Edenderry

There has been an angry reaction on Offaly to news that Bank of Ireland is to close three branches in the county as part of plans to close 103 branches on the island of Ireland.

Details of the branches to close were announced after staff were informed of the decisions this morning.

The three branches in Offaly that will close are Banagher, Edenderry and Clara.

No closures are expected to happen before September.

Once the closures are complete, that will leave two branches of Bank of Ireland operating in Offaly in Tullamore and Birr.

Responding to the announcements, Sinn Fein TD Brian Stanley said: “This is a disaster for the county and in particular for the three towns.’’

“The news that branches in Banagher, Clara and Edenderry are to close is going to have a huge effect right across the county and will leave those areas without any banking services. AIB pulled out of some of these towns years ago, and now these closures will impact badly on businesses and commercial life in these local areas. It is also a sad day for the banking staff who provided a great service in the local community.

"Walk in and face to face banking services are essential as not all business can be transacted online. The Minister for Finance and the Government now need to address the absence of these services with Bank of Ireland in the first place and also with An Post.

"An Post have been reconfiguring their services and branch network. Now they must be allowed to provide full banking services in their own right and not just an agent for either Bank of Ireland or AIB."

Bank of Ireland says that the changes are in response to 'significant trends in how people are banking'. Bank of Ireland is closing a number of branches nationwide and footfall at the closing branches is down on average by c60% since 2017, while digital usage has increased by one third.

Also expressing frustration was Independent Offaly TD Carol Nolan, who said: "Last week we had the Ulster Bank announcement that it was exiting the Irish market. Now, this week, we have the shock announcement that BOI is set to make sweeping closures across almost every county in the state.

"This is bound to cause enormous levels of worry around public access to vital banking services. I am aware that Bank of Ireland has also announced a partnership with An Post Retail to offer personal and SME withdrawal and lodgement services to Bank of Ireland customers across the An Post network of 940 post offices nationwide.

"This is certainly welcome news and should go some toward mitigating the absence of BOI from so many rural communities.

"But we certainly will need more detail on the when and the how of this proposal. I would call on Bank of Ireland to ensure that the services at the An Post are available and ready to go prior to the permanent withdrawal of services.

"At least that way the transition process may not be as disruptive as anticipated.

Fianna Fail TD for the county Barry Cowen said he condemned the announcement of closures in Offaly, saying it is a significant blow for communities.

“The decision by Bank of Ireland to close three of its branches in Offaly is extremely disappointing and represents a significant blow for communities in Banagher, Clara and Edenderry.

“Older people and the business community will be disproportionately impacted by the decision. For older people, many prefer to go into their branch and deal with people rather than use online banking.

“The retail, business and hospitality community will be very seriously impacted as they will have to travel much further now to lodge money in county towns - which in some cases could lead to them keeping money on premises or in their homes, creating further risks of burglaries.”

“While the bank’s partnership announcement with An Post is welcomed to facilitate Bank of Ireland customers in the areas affected, the onus to protect and maintain the post office network in rural communities is now even greater,” concluded Deputy Cowen.