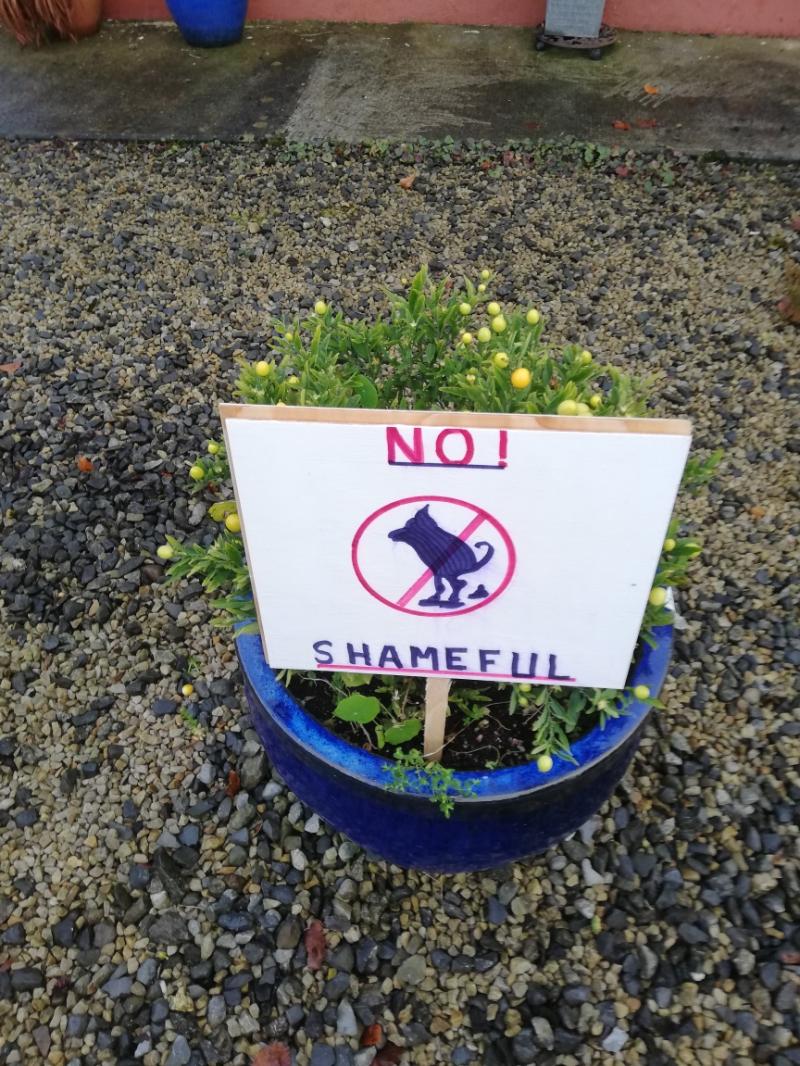 Concerns were raised about the excessive amount of dog fouling on footpaths in towns and villages as calls were made to start a campaign to address what is being described as a growing public health issue.

Speaking at the January meeting of Birr Municipal District, Cllr Clare Claffey outlined how it appeared to be a “growing trend” at the moment.

The Banagher councillor said that walks were being ruined by the amount of dog dirt. “It's shameful that dog owners think it's ok to not pick up after their dog. While ultimatel it's up to the owners to scoop the poop. I would like to see the Council doing a little bit more. I have asked the council to install the bags and the waste bins and signage in particular in Banagher, Birr and Cloghan.”

Cllr John Carroll concurred with Cllr Claffey's sentiments on the dog fouling issue. “It is a problem in every town and village and not just in the parks,” he outlined.

He then outlined details of a project in Crinkill village where they have tried a pilot project, supplying the bags and bins at four points around the town.

“It seems to be working fairly well and we would be looking for a little more work to be done on this this year. ..... I know that it's a smaller village and area but it seems to be working. And, we had some regular culprits that have decided to take the bags as they go along. It wasn't a name and shame campaign“. but how could you avoid it.”

John Mitchell, Senior Executive Engineer, told the councillors he would speak to the local authority's environment section to see if they could give them a presentation on the issue or what the best approach might be as it's a problem right across the county.

“We will look to see if there are any particularly bad spots and see if we can try and do something,” he added.