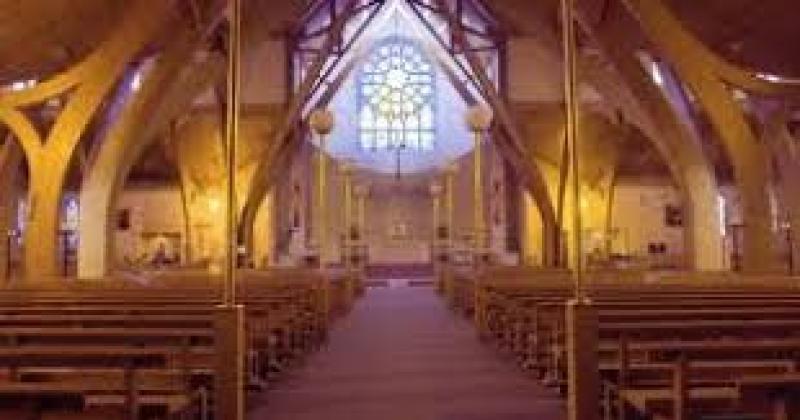 People queued to get tickets for Christmas Masses in Tullamore

THEY were the hottest tickets in town and they were gone within two hours of becoming available.

People queued outside the parish centre in Tullamore from early on Monday morning December 14, to get their hands on the precious limited tickets for Christmas Masses with long lines stretching back to Store Street from Thomas street at one point.

''People began queuing after the 7.45am Mass'' said Parish coordinator Tom Whelan ''and by 10.30am they were all gone.''

A notice was pinned to the door of the parish centre leaving many people disappointed.

However, parishioners can watch the Masses on the webcam and Mr Whelan has urged people not to come to Mass unless they have a ticket.

Government restrictions only allow for 150 people at each Mass and social distancing must be adhered to. Tullamore church will be divided into three zones; each accommodating 50 people. Durrow Church will hold a total of 38 people.

A notice on the parish website suggests that: ''If people cannot get to Mass on Christmas Eve or Christmas Day there is the possibility of coming the following weekend, or some time during the 12 days of the Christmas period. We ask for your co-operation and understanding at this time,'' it said.

In a message from Most Rev. Tom Deenihan, Bishop of Meath he said: ''This year, that joyful Christmas celebration and that sense of light and hope is needed more than ever. Many will understandably feel that 2020 will be a year best forgotten and fewer will face the New Year with the apprehension they may usually have on New Year’s Eve.

"For me, the image from last March of Pope Francis praying alone in the vastness of an empty St. Peter’s Square, enveloped by darkness and rain, was a powerful and striking image of a fearful and weeping world. In many ways, it typifies the past year. Those who lost family members to the virus and those who were bereaved during the pandemic have walked in that darkness and shed those tears this year.

"The consoling and supportive rituals that we are familiar with, both religious and social, were not possible and separation from family and social contacts caused distress, loneliness, and isolation. The prospect of a vaccine is indeed encouraging news, allowing us to look forward once again to being able to visit one another, renewing social contacts, restoring the possibility of visiting the sick and elderly both in hospitals and in nursing homes and offering some hope to those whose livelihoods have been adversely affected.''