RESULTS: One vote the difference as we crown Offaly's best bar staff 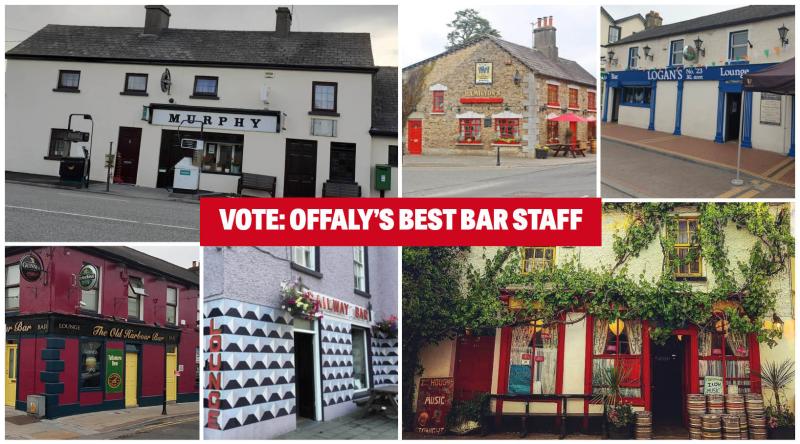 RESULTS: One vote the difference as we crown Offaly's best bar staff

It has been a week of furious voting in our poll to crown the best bar staff in Offaly, but in the end, one vote separated two Tullamore pubs in the hunt for the title.

Fergie's Bar emerged as the winner by the width of a head on a pint of Guinness from The Goalpost.

The result is the closest we've ever had on an Offaly Express poll, a testament to the high regard with which people hold the staff in numerous pubs across the county.

It has been a tough year for local bar staff with many still out of work with Christmas just around the corner and not knowing when they will get back to work.

We decided to run this poll to give them a lift and let them know we still love them.

To paraphrase the theme song from Cheers, we all like to go where everybody knows our name and we all enjoy that greeting from behind the bar when we walk in the door. When the nod of a head is enough for the bar staff to know what you want, you know you've found a good one.

Hopefully, we will be able to get back to that in 2021 in all the pubs in Offaly.