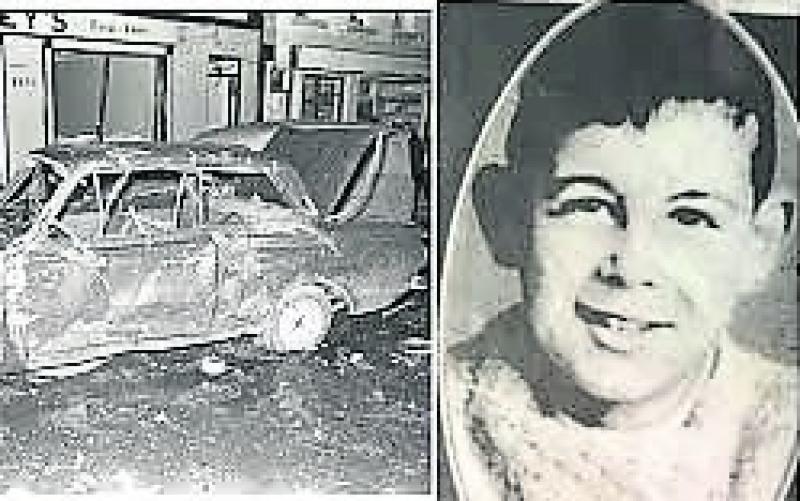 RIGHT: Patrick Stanley was only 16 when he was killed in a bomb blast in Belturbet, Co Cavan on December 28, 1972.

THE family of a 16-year-old Clara teenager who died in a bomb blast in Belturbet, Co Cavan on December 28, 1972, are still fighting for justice for their brother 47 years later.

An RTE Investigates programme which aired last Monday night told the story of Patrick Stanley who was a helper on a lorry which was in Belturbet that night. Because they were working late the driver and Patrick decided to stay overnight.
Patrick went across to a shop to ring his mother to tell her he wouldn't be home until the next day, but because the phone was busy he went to the post office.

Meanwhile a car had been left primed and waiting on the main street. The no warning explosion ripped through the town, killing Patrick and Geraldine O'Reilly (15). Geraldine was buying chips at the time while her older brother waited for her in the car.

Meanwhile, at the Stanley home in Clara, the family believed Patrick was on his way home. They had been watching the television when they heard that three people had been injured in a bombing and prompted by their parents Joe and Teresa they knelt down to say a prayer for the victims and their relatives not knowing that their son and brother was one of the deceased. That was until the local priest knocked on the door to tell them the devastating news.

''It was there the nightmare began,'' sisters Greta and Susan Stanley said.

The Gardai compiled a number of reports on the bombing, however, they refuse to divulge the information to the relatives of either the Stanley or O'Reilly families.

Margaret Irwin of Justice for the Forgotten said Gardai took statements and then ''it all came to a halt.''

There was also some suggestion that loyalist extremists were responsible. ''Why not pursue it, I know there was a lot going on at the time. But he was still our brother.'' said Patrick's sister Greta Stanley.

In 1975 Robert Bridge was arrested and convicted of an unrelated murder in Fermanagh. The Gardai made a request to the Royal Ulster Constabulary to allow him to be questioned in relation to the Belturbet bombing, however, RTE Investigates were unable to establish if the request was fulfilled by the RUC or even if the Gardai followed up on the request.

The cooperation between the security forces and loyalist paramilitaries to blow up Aghalane Bridge, which was believed at the time to be a security risk, reinforces the Stanley family's belief that there was collaboration between the British Army and militant loyalists.

Right up to his death Patrick's father Joe sought justice for his son. He contacted the Taoiseach, the Department of Justice, Gardai, the Garda Commissioner and State Bodies. All to no avail.

''Poor Daddy, right up to the morning he died, all he wanted were answers,'' said Susan.

Two bronze statues were erected in Belturbet in tribute to Patrick Stanley and Geraldine O'Reilly. Although they never met they will be forever linked through the dreadful tragedy that took both of their young lives on that fateful night just three days after Christmas in 1972.