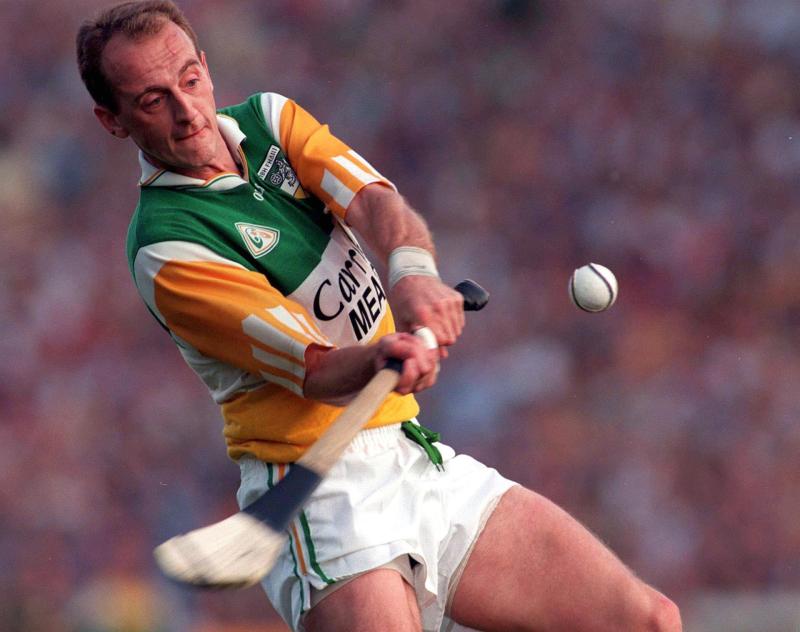 Offaly is set to feature prominently in a new documentary exploring the iconic era of hurling during the 1990s.

Réabhlóid GAA is a new one-hour documentary that tells the story of how hurling redefined itself as a sport in the 1990s to truly become our national game.

For over a century, the hurling spoils were shared among the traditional three superpowers of Cork, Kilkenny and Tipperary. As the decade began there was no sign of the aristocracy being unseated. Then, in five minutes in 1994, the hurlers of Offaly sparked a revolution. Along came a collection of upstarts to destroy the old order, and go down in history as Ireland’s most charismatic, colourful and enduring personalities.

Réabhlóid GAA digs deep into an extensive archive of classic GAA shows- from Breaking Ball, Road to Croker, Committee Room, Championship Matters, Thank GAA It’s Friday – weaving together archive interviews with unforgettable action from some of the greatest games of all time. Featuring, among others, Davy Fitzgerald, Ger Loughnane, Brian Whelahan, Johnny Dooley, Johnny Pilkington, Liam Griffin, Martin Storey, all in their heyday, these are the winners writing the history as they lived it.

In the forthcoming documentary, the famous Offaly Clare trilogy of ‘98 is revisited with referee Jimmy Cooney giving insight into the famous “sit-in” semi-final. With three points separating the sides, Cooney would blow up the full-time whistle a few seconds short of the 68th minute, invoking the rage of the Offaly players and spurring on a sit-in protest by the Offaly fans.

MEMORY LANE: Photographs from the day Offaly fans brought Croke Park to a standstill with a sit-down protest

“Immediately after the full-time whistle, a number of the Offaly players confronted me saying, ‘Ref, there’s more time left’. Then when I looked out to the linesman that was nearest me, he held up five fingers. When I checked back on the watch again I knew instantly what I had done. There was five minutes left in that game,” said Cooney.

What would follow would be an all-time great game in Semple Stadium, but would the five minutes left in the previous match have been enough for Offaly?

Réabhlóid GAA is the latest offering from Loosehorse, the standard-bearers in GAA and sports documentary with an acclaimed track record featuring The Boys in Green, Micko, Giles and many more, and is directed by Ronan O’Donoghue (Sunday Best, Jayo, All Ireland Day). Diarmuid Lyng, for whom the ‘90s provided the inspiration for his own stellar inter-county career with Wexford, is an authentic and affectionate Narrator.

This is an epic retelling of an extraordinary time, from Offaly’s astonishing comeback, Biddy Early being banished in the Banner, the Boys of Wexford marching across the border, and the outrageous trilogy of 98, all played out in a rapidly evolving social and cultural landscape.

Réabhlóid GAA is the story of how, in one decade a sport, and a country, changed forever.

Relive Offaly’s All Ireland glory and the best of 90’s hurling with “Réabhlóid GAA” which goes out on TG4 at 9.30pm on Wednesday, December 16.