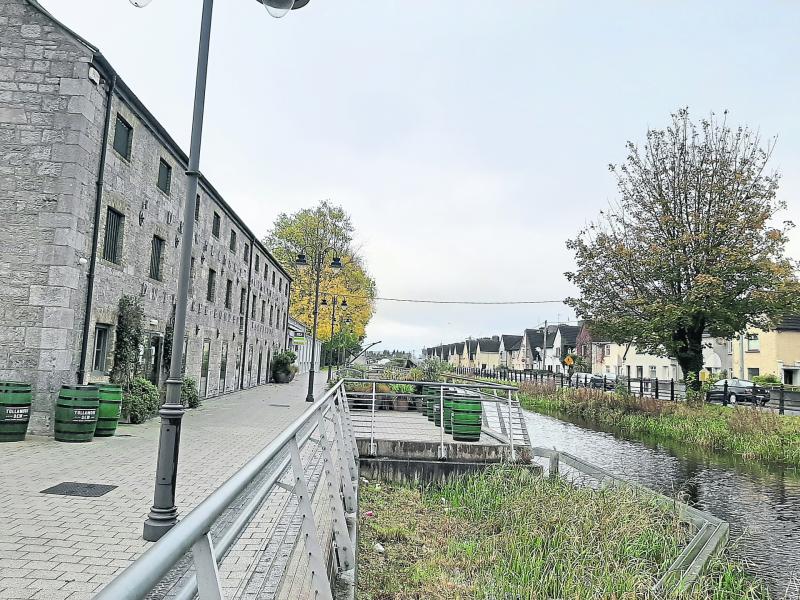 Historic building in Tullamore should be turned in new tourism centre

THE Tullamore DEW building on Bury Quay in Tullamore should be transformed into a new tourism centre with a copy of the Book of Durrow as its centrepiece, a local man has suggested.

Darrell Hooper says the visitor centre on the Grand Canal, which the whiskey company is vacating, would be an ideal location for an early Christian interpretive centre, in addition to showcasing the history of Tullamore and the canal.

In a submission to Offaly County Council, Mr Hooper notes the tourism promotion objectives in the draft county development plan, a document which will guide planning policy for 2021 to 2027.

He says the Book of Durrow is 100 years older than the Book of Kells, an ancient document which he states generates €10 million a year for Trinity College.

The original Book of Durrow is also housed in Trinity College and Mr Hooper suggests locating a copy of it in Tullamore, and then using innovating marketing and public relations to deliver a “significant tourism attraction” based on Offaly's early Christian heritage.

“One of the advantages of this suggestion is that it would remove the pressure from Clonmacnoise, which is over visited and too removed from any significant Offaly population area,” Mr Hooper says.

“Clonmacnoise would still remain as one of Offaly's main marketing attractions.”

He says most of the early Christian monastic locations within the vicinity of Tullamore could be included as sites to visit with Durrow as possibly the main attraction.

“With Durrow, Rahan and Killeigh being the three points of a triangular area which could be marketed as Tullamore Early Christian Triangle (or maybe some alternative description). This could assist greatly in Tullamore becoming a 'Tourism Destination Town' and 'Tourism Hub'.”

In his submission, Mr Hooper says the 'Tullamore Triangle' could represent all early Christian monastic sites in Offaly depending on marketing criteria.

Community involvement in rural areas would be essential, and other alternative heritage sites could be included in the overall project, such as castles, with the possible spin-off of community archaeology.

Access to these 'Triangle' rural sites down narrow roads could be by small vehicles running from the interpretive centre, with a guide.

Mr Hooper says a similar system has been implemented in one of the Canary Islands, Lanzarote, for visits to its volcanic region.

Mr Hooper also points out that the 'Triangle' description has been used many times as a group concept but he highlights an important link with the Book of Durrow itself.

In the first page of John's gospel in the Book of Durrow, the word for 'God' has been omitted and instead the symbol of a triangle has been inserted.

A triangle might be an ideal symbol or logo to use in association with his suggestion, Mr Hooper says.

Trinity College has described the Book of Durrow as “one of Ireland’s most important manuscripts and a precursor to the Book of Kells” and a manuscript which “represents a fusion of artistic traditions that reveal a pivotal moment in the development of early Christian art in north-western Europe”.

In promotional material when the book was being sent on loan to the British Library in 2018, Rachel Moss said its art style and “exquisite ornamentation” inspired later masterpieces including the Book of Kells and the Lindisfarne Gospels.

Trinity College Dublin has been custodian of the Book of Durrow since the 17th century and it is displayed in rotation with other precious manuscripts, such as the Book of Dimma, the Book of Mulling and the Book of Armagh.

It is believed a Columban monk illustrated the Book of Durrow and while it has been named after the Durrow monastery its exact origins are subject to much debate. The curators says it could be Durrow, Iona in Scotland or possibly even Lindisfarne in Northumbria.

The librarian and college archivist at Trinity, Helen Shenton said: “The Book of Durrow is at the heart of Ireland’s cultural heritage. The manuscript’s exquisite ornamentation and history continues to inspire and enthral.”