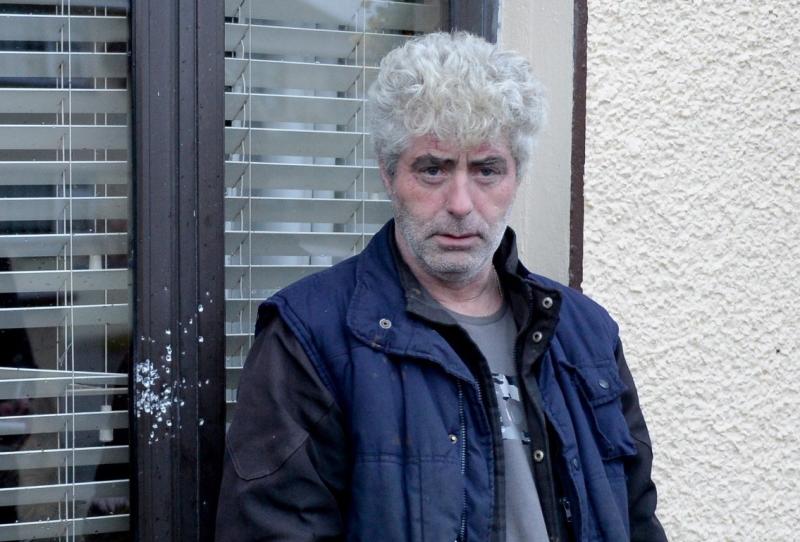 AS Tullamore gardai prepare a case against those they believe are involved in a local feud, a man whose house was targeted has appealed for an end to gun violence.

Last Monday week the residence of James McCarthy Senior in Arden View was hit by two shotgun blasts while his grandchildren were inside the front room.

Nobody was injured in the shooting but gardai maintained a presence on the road all through the night and on Friday arrested three people in connection with the investigation.

A file will be sent to the DPP and it is expected the court appearances will follow.

Mr McCarthy has confirmed a feud with other parties in the town is ongoing but he said the use of guns is taking the dispute too far.

“I don't want none of this,” he said. “My two grandkids could have gotten killed.”

Addressing those in dispute with his family, Mr McCarthy added: “If they want to, we can go out the road and sort it out with our fists like men. But no more guns.”

He said: “I done nothing to no-one to be shot - whatever is going on with them.”

“But I'm worried to death about my whole family now. I want my family safe. I don't want this, I wasn't brought up with this.

“I'm worried for the children. And for the neighbours' children who do be walking by the house. They could have shot all of us the last night.

“I'd take a bullet for any child myself, but what is happening now is wrong. My daughter could have been shot in the hallway.”

He said his granddaughter and grandson, aged four and three, were in the front room when the shotgun was discharged.

Pellets went through one window but luckily for the children, a window frame took the brunt of the other blast.

Gardai searched 10 locations in Tullamore town on Friday as part of what they described as ongoing operations targeting local local criminality and anti social behaviour.

A number of offensive weapons and tools were seized along with quantities of cocaine and cannabis worth an €1,400 pending analysis.

Gardai said the investigations are ongoing.

At the last sitting of Tullamore Circuit Court three Brazilian men pleaded guilty to possession of a sub-machine gun, a shotgun and ammunition.

The weapons were seized in Clara in May and the court was told a mobile phone found in a car used by the men had been used to search for an address in Tullamore.

One of the men told gardai the intention was to shoot at a house and they did not plan to kill anyone.