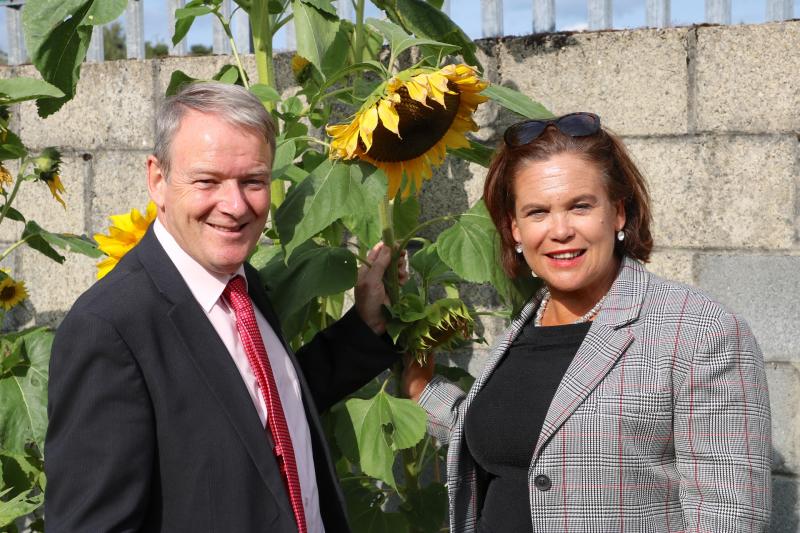 The Sinn Féin leader had it in her gift ask Dep Stanley to resign as Chairman of the high-powered Dáil Public Accounts Committee which investigates the spending of taxpayer's money by Government.

Dep McDonald responded to the controversy on the RTÉ's morning Ireland radio programme. She was asked how he would be disciplined.

"I have spoken to Brian. He is very, very apologetic. He understands fully that the tweet was ill-judged. It was an attempt to draw a historical parallel between the Auxiliaries and the Parachute Regiment but that is neither here nor there. The tweet caused upset. It caused offence and unnecessary controversy and for that, he has apologised.

"I think it is a salutary lesson for all of us of just how thoughtful and mindful we need to be in the comments we need to make publicly and on social media platforms because we are now in a period where we will be marking the centenary of many many events, events that many of us regard as pivotal moments in our struggle for national independence that still evoke very strong reaction from people of a different political tradition.

"He has apologised and withdrawn the tweet and that is the most important thing for me. I feel absolutely certain that I can assure you and listeners that this was a singular one-off mistake by Brian Stanley and one that will not be repeated," she said.

She was also asked if the Portlaoise-based politician would be removed as Chair of the Public Accounts Committee.

"No, I won't. Brian is a very effective, even-handed and very fair chair of the Public Accounts Committee. It is as people know a very important committee. The work is essential. He is anxious, and I am anxiou,s that he continues with that work. He will, of course, address this controversy with committee colleagues when they meet on Wednesday," she said.

The SF leader was asked if Dep Stanley was fit to chair such a committee if he celebrated the 'massacre' near Warrenpoint in Co Down in which 18 British soldiers were killed at Narrow Water in 1979.

"He is more than fit to chair this committee. Brian is a very steady low key kind of individual, as people who work with him know, but he is extremely competent and extremely experienced. So, the answer to your question is yes, he will continue with that work," said Dep McDonald.

The leader was also asked why Brian Stanley should not be asked to step down in a similar fashion to former Tyrone MP Barry McElduff who resigned after a controversy in which he made little of a PIRA attack on protestant workmen during the Troubles.

"People will understand that very many of us right across political life and beyond marked and recognised the ambush at the weekend and I think Brian's mistake, and it was ill-judged and he is very regretful for it, was an attempt to draw a historical parallel comparison between what happened in the 20s and 70s.

"You deal with these cases as they present. At the time Barry felt, given the depth of hurt felt by the victims of that particular event that that was his course of action. I think in this instance, Brian has acted very quickly. He has removed the offending tweet. It was a mistake. He is sorry for it. It was clumsy. It was ill-judged. It shouldn't have happened. It will not happen again," replied Ms Donald.

The Sinn Féin leader was asked if she apologised to the British soldiers who survived the bombing and the families of the dead.

"As you know, the Parachute Regiment as a very particular history in Ireland. I could reference Bloody Sunday and the Ballymurphy massacre and all of the events that flowed from that. I want to apologise universally to people who, like me, like all of us, wish to forge a constructive pathway ahead and for whom that particular tweet jarred because it goes against the grain of what is a challenging proposition on the one had to honestly recall and remember our history and what happened but at the same time do it mindful of others. It is a challenging proposition and unfortunately, Brian's tweet didn't contribute to that effort but I want to emphasise that it was a once-off and I am absolutely confident it won't be repeated," she said.

Dep Stanley has so far declined to be interviewed by the Leinster Express.

The First Minister of Northern Ireland Arlene Foster has written to the Ceann Comhairle of the Dáil challenging whether Dep Stanley is fit to chair the PAC. However, the Sinn Féin leader has the authority to decide on the leadership of the committee under the D'Hondt system.