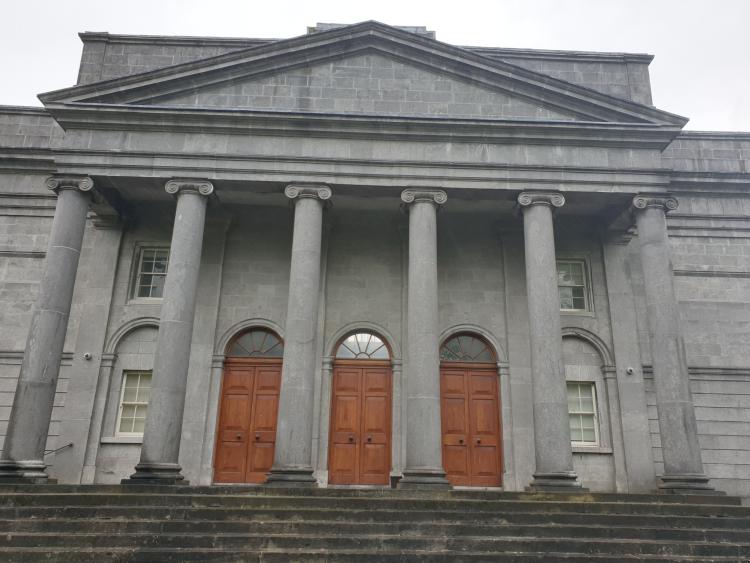 A THREE-year jail sentence, with the last two years suspended, was imposed on a man who assaulted his partner and kept cannabis for supply to her.

The victim, Samantha Braithwaite, was attacked in the cubicle of a pub in Edenderry on the evening of August 25, 2018 and later that night Mr Farrelly assaulted her again at their home in Rhode, dragging her from an upstairs cupboard and pouring solvents and WD-40 oil on her which he attempted to light, singeing the woman's hair.

He then pulled her outside the house and hit her several times with an oil drum, an act which was witnessed by a neighbour.

At 4am she knocked on the door of another neighbour who said she had a lump like a tennis ball on her head, was soaking wet, had no shoes and was limping.

Ms Braithwaite told the man, “He's going to kill me”, and the neighbour also told gardai there was a weird smell from her, like WD-40.

In a victim impact statement, Ms Braithwaite said she found it hard to sleep since the assault and had horrific nightmares.

The flashbacks were constant and she had tried to take her own life.

She had been hospitalised because of mental health difficulties, suffered from post-traumatic stress disorder and anxiety and had lost her relationship with her two sons.

“She says that she was constantly manipulated to suit the accused's needs and that she felt pressured into meeting his needs,” said Judge Johnson.

“She complied with his demands because she was so scared and fearful of him.”

He said the accused and his victim were in a volatile, turbulent relationship but the court was concerned Ms Braithwaite was a very vulnerable person in need of help.

The drugs offences came to light on April 25, 2018 when the gardai attended at a domestic incident where Ms Braithwaite allegedly stabbed the accused.

She was arrested on suspicion of assault and when she was in the garda patrol car she told the gardai Mr Farrelly had drugs at their home, 47 Hillview, Rhode, and at a house the accused was building at Baltigeer, Kinnegad, Co Meath.

A weighing scales and plastic money bags were also found in the boot.

Mr Farrelly pleaded guilty to possessing the drugs for supply on the basis that he was holding them for supply to his partner.

He said he moved drugs from Rhode to Baltigeer to prevent Ms Braithwaite from accessing them but Judge Johnson said that did not explain why other drugs were kept in the house in Rhode.

The gardai did not prosecute Ms Braithwaite for the alleged stabbing because the accused never made a complaint to them.

Judge Johnson said Mr Farrelly, who had a good work record having been employed with the same construction company for 12 years, had a previous conviction for assault causing harm in 2012 and had received a suspended two-and-a-half year sentence. He was also ordered to pay compensation of €4,500.

He noted that €4,000 in compensation had been offered by the accused in this case and along with the sentence for the assaults on Ms Braithwaite, he ordered him to pay an additonal €10,000 within 12 months of his release from prison.

Mitigating factors in sentencing were his plea of guilty, his good family background and his recognition that he had an issue with anger management and domestic violence and his willingness to undertake courses to reduce his risk of reoffending.

He had spent four weeks in prison because of bail breaches and that had a “very sobering effect” on him and he was “terrified” of returning to jail, said the judge.

He imposed a two-year suspended sentence for the drugs offences.

The accused entered a €500 bond to keep the peace for 10 years and he must remain under the supervision of the probation service for 18 months after his release.