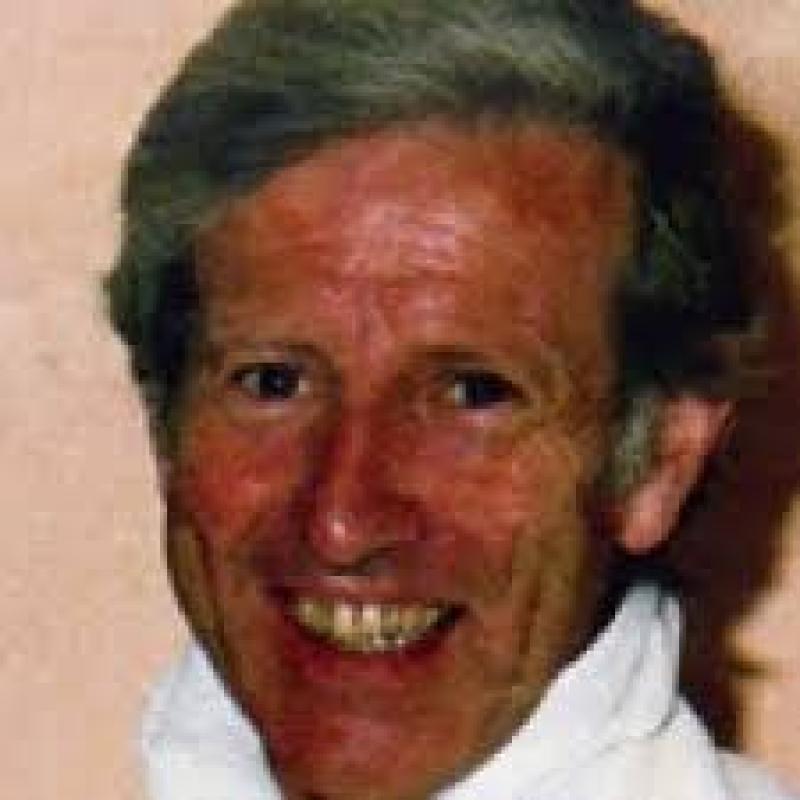 A NEW documentary on the events surrounding the death of Fr Niall Molloy 35 years ago in Clara is due to be aired over two nights next February on RTE television.

The documentary is being made by Sharon Lawless and she spoke to Clara man Lloyd Bracken on his podcast recently.

Fr Niall Molly was originally from Roscommon and was the youngest of nine children. He was highly regarded in show jumping circles. He served as army chaplain at Custume Barracks in Athlone and was deployed to Cyprus in 1962.Having served 4 years as army chaplain he was appointed to Castlecoote in Roscommon.

He developed a friendship with Teresa Flynn through show jumping circles and became a regular visitor to Clara where he was often seen on his horse.

On July 7, Fr Molly went to Kilcoursey house, to the wedding of the eldest daughter of Teresa and Richard Flynn, Maureen to Ralph Parkes.

He didn't officiate at the wedding as his first responsibility was to his parish of Castlecoote.

A marquee had been erected at the side of Kilcoursey House and as Sharon Lawless explained there were politicians and celebrities invited. Teresa Flynn's sister was married to singer and entertainer Brendan Boyer. Also attending the wedding was Fianna Fail's Brian Lenihan Snr  and his wife Ann. Teresa and Ann had gone to UCD together and were friends.

Fr Molly arrived at Kilcoursey House at around 7pm and stayed for a number of hours before returning to Castlecoote to celebrate Mass. He went back to Kilcoursey on Sunday afternoon to attend a lunch hosted by the Flynn family.

The lunch started at 2pm and went on for a number of hours eventually breaking up at about 7pm.

Evidence showed that Fr Molly along with Teresa and Richard Flynn later travelled for drinks to Douglas Goodbody's house at Cork hill in Clara, leaving at 9.15pm. The younger members of the family stayed back to look after an older family member. On their return Teresa is said to have taken a sleeping tablet and retired to bed leaving Fr Molly and Richard Flynn chatting downstairs.

Richard Flynn then suggested that they continue talking upstairs in the bedroom. Teresa Flynn woke up to find Fr Niall Molly sitting at the end of the bed and Richard in bed beside her. Teresa asked Richard to go back down to get a drink but he refused suggesting she had enough to drink.

Richard Flynn said Teresa and Fr Niall then got up and attacked him and he defended himself and in doing so hit Teresa knocking her unconscious. Fr Niall was also hit but he got back up again.

Richard Flynn said he hit him again this time knocking him unconscious. When Richard Flynn realised they were both unconscious he went into the ensuite bathroom and splashed water on them both. Teresa is said to have recovered at that point but Fr Niall didn't.

Richard Flynn rang Fr Deignan who was the parish priest at the time to administer the last rites. When he came over he rang Dr Dan O'Sullivan who was a family friend and GP based in Kilbeggan but Dr O'Sullivan didn't answer the phone. So Fr Deignan and one of the Flynn daughters travelled to Kilbeggan to wake up Dr O'Sullivan. When he returned to the house he said Fr Niall was dead.

Teresa Flynn became hysterical and was given a sedative. Maureen, who had been married that day, tried to calm her down and took her to Tullamore hospital.

According to Sharon Lawless at around 3.30am, Fr Deignan went to the gardai and woke up Garda Kevin Forde asking him if there was any way he could keep it quiet,to which he was told no. When Garda Forde came to the house he found Fr Niall lying close to the door and a long streak of blood between the bed and his body. Richard Flynn admitted he was responsible.

The trial that followed lasted just four hours before Judge Frank Roe directed the jury to return a verdict of not guilty.

Sharon Lawless said she made the documentary to show the real characters behind the story. She said everyone deserves recognition for what they have achieved in their lives. She said it is very upsetting for the families of victims who are often remembered for being just victims. She said she also hopes to dispel some of the myths around the story. Sharon Lawless has built a set of the bedroom and ensuite of the room at Kilcoursey House based on garda drawings and measurements done at the time.

She has been to Clara and said she found the people very welcoming. In addition she has spoken to the nephew of Fr Niall Molloy, Bill Maher who is heading up the campaign for justice for Fr Niall.

Sharon Lawless said she has heard nothing but praise for Fr Molloy with many people describing him as a gentle man.
The documentary is sure to be of  interest not only to the people of Clara but to the entire country .

You can listen to  'What's the Story?' with Lloyd Bracken at Buzzsprout or wherever you get your podcasts.