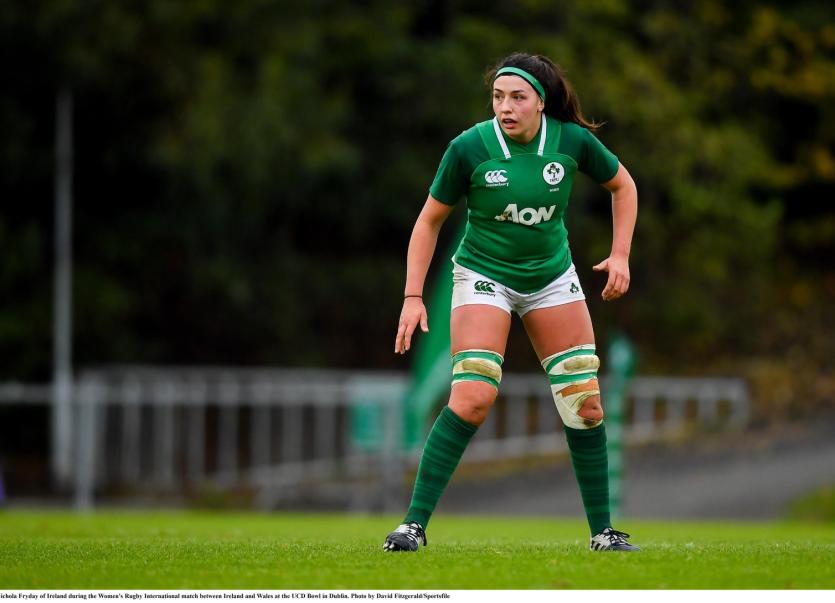 TWO Offaly women featured as Ireland had a crucial win over Italy in the Six Nations tournament in Donybrook on Saturday evening last.

Kilcormac woman, Nichola Fryday – she started her very successful career with Tullamore - started in Ireland's hard earned 21-7 as they moved to joint second in the table while Tullamore woman Ailsa Hughes came on as a late replacement.

The duo are among a number of Offaly women who have gained international recognition in recent years as womens' rugby has grown in popularity.

Fryday currently plays with Blackrock College and Connacht while Hughes plays with Railway Union and Leinstrer.

Ireland led by 14-7 at half time and had to work hard for their win but the result was the bottom line as this was Ireland's first competitive game in eight months.

England are currently top of the table with 19 points, followed by France and Ireland on 13 – France are ahead on scoring difference -, followed by Italy on 4, Scotland on 3 and Wales on 1. Ireland's next game is away to France on November 1.

Womens' rugby has taken off in Tullamore since starting a few years ago and another club member Katie Byrne, an excellent referee, was the fourth official at the Ireland v Italy game – Shannon Touhey has been part of the six nations training panel but didn't make the match day squad last weekend while another Tullamore woman, Megan Burns has been a regular for the Irish sevens squad.