Concern at lack of progress on damaged Rahan hall roof 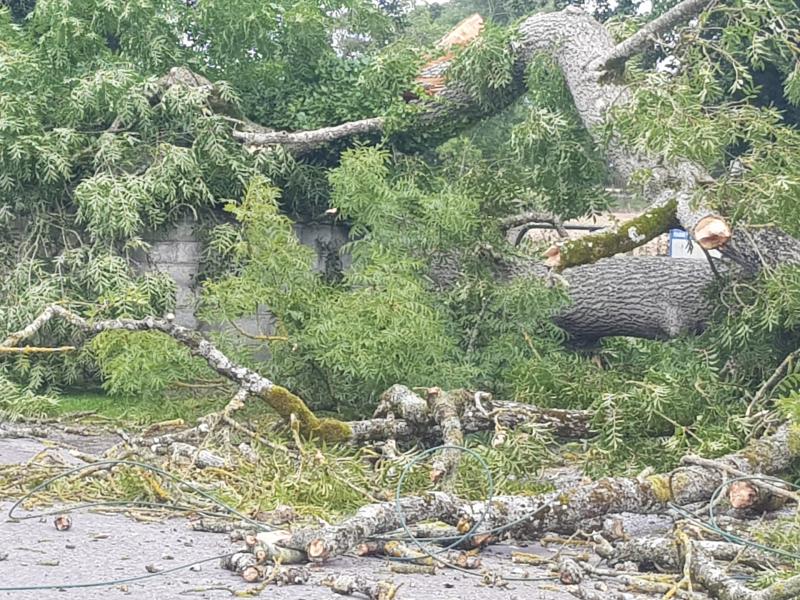 CONCERNS are being raised in Rahan over the condition of the parish hall which has a large gaping hole in the roof, after a tree fell onto the building on September 4, 2019.

Local man Michael Connolly said he was liable for the damage to the hall as the tree was located on his land and he subsequently contacted his insurance company.

Mr Connolly's insurance company came out to inspect the damage and agreed to pay for the repairs. However, they requested a quotation from the hall committee which according to Mr Connolly was never followed up. Instead he said the committee decided to claim from the parish insurance.

In March 2020, a sum of €19,700 was paid from the parish insurance into the parish accounts. But even though the money is in the account since then, no work has been carried out on the hall and the damage is being exacerbated by time and bad weather.

The hall comes equipped with its own gym. As a good will gesture to the community, Mr Connolly donated the land at no charge for the provision of the gym and a car park. As part of the agreed contract he stipulated that the gym or hall would never be leased or sold for financial benefit.

Mr Connolly says he now wants to make it clear that he co-operated with the hall committee, and his insurance company was willing to pay for the repairs. He says he wants to dispel the rumours going around that he had no insurance and that's why the hall is not being repaired.

Rahan hall was destroyed by fire in 1978 and the people of the parish raised the money to rebuild it for the use of the community.

Parish Priest Fr Martin Carley has declined to make a comment on the matter.

In addition the Tribune contacted the Meath Diocesan office, but up to the time of going to print there has been no response.