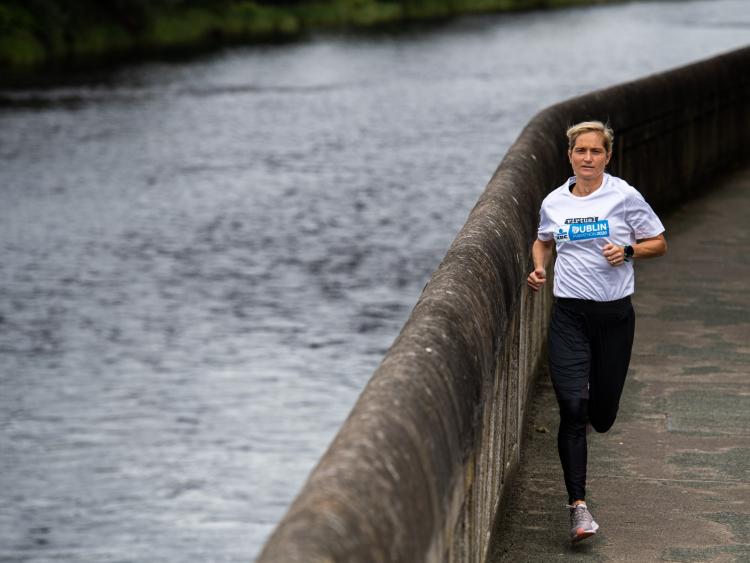 ANN Marie McGlynn continued her blistering run of form when she had a superb personal best of 71.40 at the World half marathon in Gdynia, Poland last Saturday.

A resident in Strabane, Tyrone and racing for Letterkenny AC across the border in Donegal, McGlynn's time was also a new Northern Ireland record for the half marathon.

She travelled to Poland in a confident frame of mind after an excellent 2020, despite the Covid-19 outbreak that has greatly limited competitions. She produced the perfect race, getting on pace early on as she chased a new personal best and bringing it home in a great time.

An outstanding juvenile runner with Tullamore Harriers, the then Ann Marie Larkin drifted off the scene for a few years after her mid 20s before taking up running again after an illness to her son.

A native of Mucklagh, McGlynn has staged a remarkable renaissance and is now chasing a qualifying time for the marathon at the Tokyo Olympics next year. She hopes to achieve the qualifying time of 2.29.30 at the Valencia marathon on December 9 . McGlynn's personal best is 2.32.54, set in Dublin last year – that is also a Northern Ireland record – and she needs to take over three minutes off that to make Tokyo.

However, she is exactly where she wants and needs to be and her run in Poland will have done her confidence a world of good as she chases her dream.

“I am definitely happy, I was hoping to run around the 71.30 mark,” she remarked after the race. “I will take it. It was quite a technical course. There were bits of hard running in it, good running and there were a lot of sharp cornrs and bends. Every lap, we kind of learnt how to run it. I just kept my head down and kept tipping away. I came away with the Northern Ireland record as well so I was delighted with that.”

Asked about the course and conditions, McGlynn said: “It was cold at the start. Just with the whole Covid thing, you had to take your kit off a good half an hour before and it wasn't ideal. There were a lot of procedures before it but it was good because it was great practice for going away again but it didn't help when we were out on the course, waiting to start. It was a bit breezy as well down by the coast. With stuff like that, we all have to run through it.”

She talked about the Valencia marathon in a few weeks time. “I just need to stay healthy and get another negative test when I go home,” she smiled, adding: “Just get back on with my training and take it from there.”