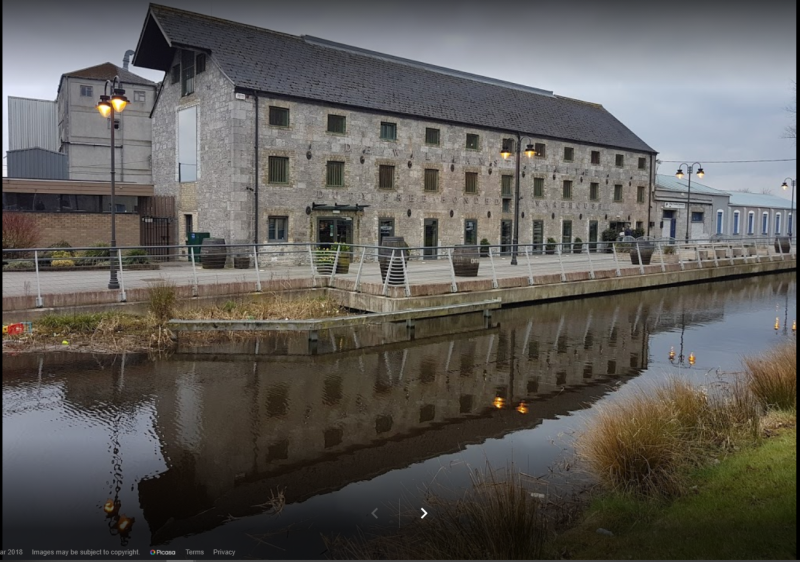 THE Tullamore DEW visitor centre is closing today (Wednesday, October 7) in response to the Government decision to move the country to Level 3 coronavirus restrictions.

It appears to be one step forward two steps back for businesses in Offaly as the county along with the rest of Ireland moved to Level 3 restrictions at midnight, Tuesday October 6.

It was only at the end of August that a county-wide lock down was lifted and things began to return to some form of normality.

Under Level 3 rules, the hospitality industry is once again the hardest hit with bars, restaurants and hotels struggling for survival.

William Grant recently announced its intention to close the Tullamore DEW visitor centre at Bury Quay and open a new one at Tullamore Distillery but the latest Covid-19 restrictions have brought the closure date forward.

A spokesperson said the company will monitor the situation closely and added: “As previously announced, we plan to reopen our Visitor Experience next summer at the Tullamore Distillery with a new and immersive tour offering, and our priority right now is to support affected staff through the ongoing consultation process, and to review all opportunities for redeployment.”

The spokesperson concluded:“We recognise the importance of the Bury Quay building to our neighbours and the local community, but we need to conclude the consultation process with our employees before being able to make any firm decisions relating to its future.”

Meanwhile,Brian Reynolds manager of the Central Hotel on Main Street, Tullamore, said ''the impact on the hospitality business will be alarming'' and ''it will leave employment in a precarious position.''

Mr Reynolds said ''Covid level three restrictions with no one to travel outside their county, effectively closes the hospitality industry again. We have made huge sacrifices to keep this virus under control

Our industry is under so much pressure and unfortunately a lot of hotels, bars and restaurants will not be able to reopen,'' he said. ''We hope our sacrifice is recognised in the budget. Tourism provides vital jobs in towns and villages throughout this country. Our industry does not deserve to be destroyed by COVID,'' he stressed.

Mr Reynolds has called for 9% VAT, improved wage subsidies & commercial rates waivers this winter. ''Serious Government support is urgently needed to counteract NPHET and their proposals. Allow hospitality premises throughout the country a chance to stay open,'' he stressed.

Meanwhile what has become a source of comfort for many during these difficult times-the churches are also feeling the pressure of conforming to the rules and regulations.

All church services are to be cancelled and will revert to online viewing only. However, they are allowed to remain open during the day for private prayer.

''We are back to square one'' said Tullamore parish administrator, Tom Whelan.''We had our last Mass at 10 am this morning [Tuesday October 6]. We are allowed to live stream and people can come for private prayer. It's a safe outlet for them. But one thing I would say, the amount of work we have put into keeping people separated and yet they can still go into a pub and have a pint.''

All seating in the church has been sanitised between masses and Mr Whelan says they will continue to be sanitised ''Its for three weeks. The Government is doing its best to keep us all safe and that's what it's all about at the end of the day,'' he said.

Rashid at Mezzo restaurant, on Patrick street, said his business is down around 30 to 35%.

However, he will continue with take-aways. Rashid said during the local lockdown he placed a table at the door and handed out the food. But he said take-aways are different in that they have a faster turnaround and food has to be prepared quickly. He added it's a struggle but he will just keep his head down and keep working away.

The latest figures available on the Covid Tracker which is dated October 3 shows there were 66 confirmed cases in Offaly over the last two weeks.

90,199 tests have been completed nationwide. There has been a 3.6% positive rate.