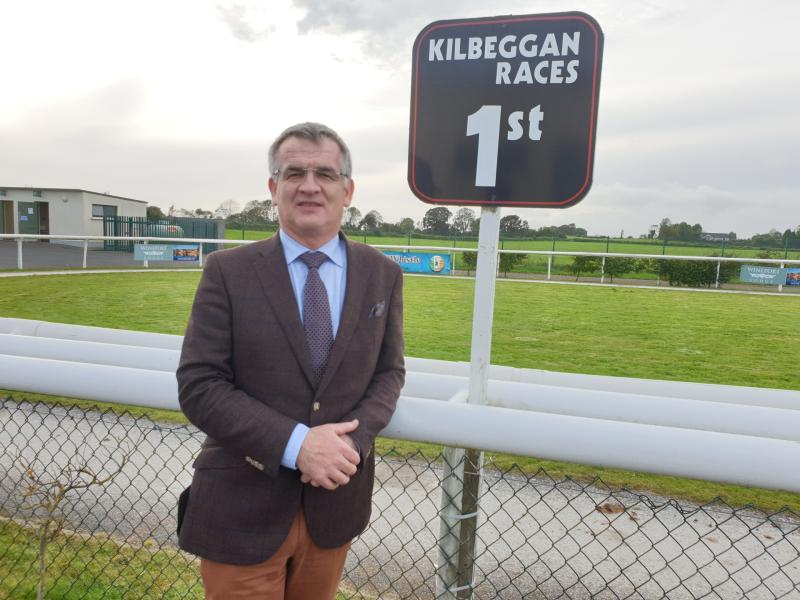 FOR the first time in its history, Kilbeggan will host 10 race meetings next year, beginning its recordbreaking season with a two-day event in April.

The Co Westmeath venue will host its ninth and final meeting of 2020 on Friday, October 12 next and confirmation that an extra race day has been added next year represents a vote of confidence in the track by the Horse Racing Ireland (HRI).

In all, there will be 380 fixtures across the country in 2021, up from a scheduled 370 this year, though this year's programme was impacted by Covid-19.

Dates have been announced for six of the additional meetings. They are Gowran Park (Flat, April 8), Kilbeggan (National Hunt, April 22), Punchestown (Flat, September 14), Bellewstown (Flat, September 29 as part of new two-day meeting with a fixture moved from August), Killarney (Flat, October 2 with a fixture also moved from August to create two-day weekend meeting) and the Curragh (Flat, October 26).

The HRI said these new fixtures have been allocated in industry-focused slots and are “targeted at meeting the anticipated requirements of the horse population at that time”.

There will also be an increase of three in the number of all-weather track (AWT) fixtures at Dundalk in 2021, thereby providing two AWT meetings per week through November and December when demand is normally at its peak. Wednesday fixtures at the course will be held in the late afternoon, while Friday evening meetings will be held at their traditional times.
Jason Morris, HRI’s director of racing, said: “The 2021 fixture list has very largely reverted to the original 2020 schedule with the number of blank Sundays being retained at six to help ease pressure on stable staff and trainers. As we all know, 2020 was severely impacted by the 11-week cessation of racing from March 26 to June 8 due to the Covid-19 pandemic, after which it has featured a heavily revised schedule with 330 fixtures being retained overall.

“The HRI Board recognises the uncertain times we are facing, but wanted to produce a full year fixture list at this stage to assist owners, trainers and racecourses with their planning. In the event that racing is disrupted or attendances are not permitted or heavily restricted for a prolonged period in 2021, it is recognised that revisions to the schedule may be necessary. In such circumstances, HRI will be flexible and respond to the circumstances as we find them with regard to dates, venues and codes of meetings, however the strong preference will be to run the full schedule of fixtures as published today.”

Also today, the HRI has said race horse owners will be allowed back to racecourses from Monday, September 21.

The HRI said Government guidelines now permit racing and other outdoor events to have a limited number of spectators on the racecourse in addition to those necessary to stage the event. With owners a stated priority for HRI, the decision has been taken to allow two people per owner to attend from next week. Pre-meeting health screening and temperature checking will be required.

Brian Kavanagh, HRI chief executive said: “We are delighted to confirm that for the first time since March 13, owners will be permitted to return to the racecourse from Monday next. Owners play the most important role in Irish racing and they have had to wait quite some time to return to the racecourse to see their horses run. We have always said that getting owners back on the racecourse was our first priority and we have been working closely on this with the Association of Irish Racehorse Owners and their representative Caren Walsh.

“As all key personnel who have been racing behind closed doors since June 8 will testify, these are not race fixtures as we used to know them, and given the ongoing public health risk, it remains as important now as it ever has been, that all those attending racecourses adhere strictly to the race day protocols.

“Since we resumed racing in Ireland, the level of care and compliance with the Covid-19 protocols has been excellent and it is vital that everybody continues to comply with the rules on the racecourse around pre-health screening, social distancing and the wearing of face masks or coverings at all times.”