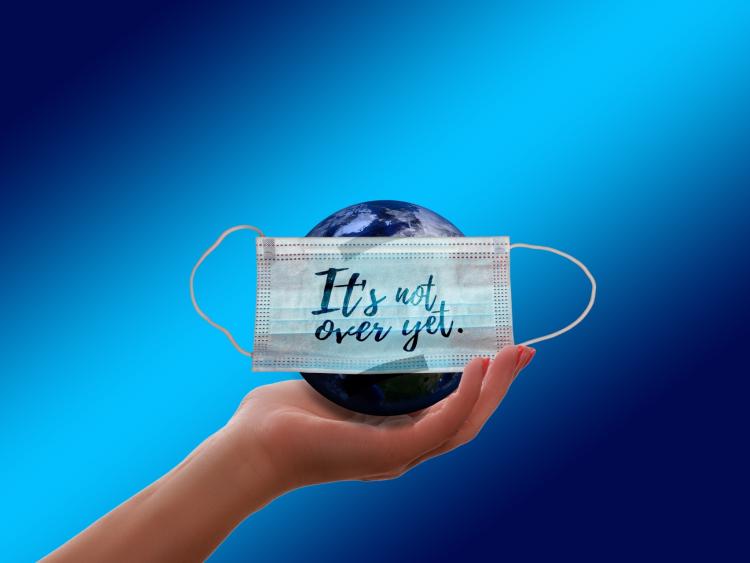 For a county its size, Offaly has had a disproportionate number of confirmed cases of Covid-19.

Offaly is in mid-table in Ireland between two much larger counties, Donegal which has had 472 confirmed cases and Galway which has totaled 493.

In fact Offaly was very much the centre of the Covid-19 outbreak in Ireland in mid May when the county recorded 93 cases in just two days, a very dangerous rate of increase. At times during the outbreak, the Critical Care Unit in Tullamore Hospital was full with a large number of beds in the hospital being used to treat patients with Covid-19.

Since then, the rate of increase in the county has stabilised with only four new cases confirmed since the start of July. Pressure on Tullamore Hospital has also decreased with the hospital now regularly free of any patients with cases of the virus.

And based on visits to a number of shops around Tullamore on Saturday and Sunday, it looks like the people of Offaly want to keep it that way.

Let's be honest about it, the Government's advice and stand on masks and face coverings has been confusing to say the least at times.

In case anyone is still confused, the latest advice in a nutshell is that face coverings should be worn by all customers and staff in shops and shopping centres across the country as of July 16.

READ NEXT: Take a tour of this stunning cottage up for sale in idyllic location in Offaly

While that advice was slow to filter through in the first week, the rate at which people are wearing face coverings in Offaly is now at a hugely impressive level.

Over the weekend, I was in a number of large supermarkets, other large retail outlets and smaller stores.

Based on what were the low levels of compliance I had observed the previous week, I was interested to see how much that that had improved this week.

To say the improvement was staggering would be nothing short of an understatement.

At a busy time in one of the largest supermarkets in Tullamore on Sunday, everyone was wearing a mask... absolutely everyone. That is truly impressive.

On Saturday at another supermarket, again at a busy time, I observed just one person not wearing a mask.

Over the course of the weekend, I observed just a handful of people in total across all the shops not wearing masks. And contrary to what you might think, it was not the teenagers and twenty-somethings (the ones people assume only care about themselves) who were without them. Everyone I saw in this age group was masked up. It was more people in their thirties and forties who were without face coverings, but again it was a very, very small minority.

READ NEXT: Offaly nurse is named 'Frontline Star of the Week' by Irish Independent

I spoke to a person during the week who told me about going to get their vehicle an NCT in Tullamore earlier in July. He was the only person in the centre wearing a mask and he described feeling 'awkward' and 'watched' as everyone was looking at him strangely. He felt tempted to take it off.

That scenario has now flipped as masks become the social norm with an expectation that people will wear them indoors.

And I'll be honest about it, I hate wearing them. I am marginally claustrophobic and it is not enjoyable to have my mouth and nose covered. But that brief discomfort is a small price to pay to further suppress the spread of this nefarious virus.

And that seems to be the mantra people in Offaly are adopting. Masks are not a magic wand that is going to make this virus disappear but all the advice suggests they will help slow any spread..... even Donald Trump has reluctantly come on board.

So based on what I saw, and it is just a snapshot in time, take a bow people of Offaly and keep up the good work.

And before I sign off, a piece of advice. If you have a chewing or a mint before you put on the mask, it makes it a more pleasant experience.... and definitely avoid onions and garlic if your nose and mouth are going to be forced to share the same confined space for an extended period of time.