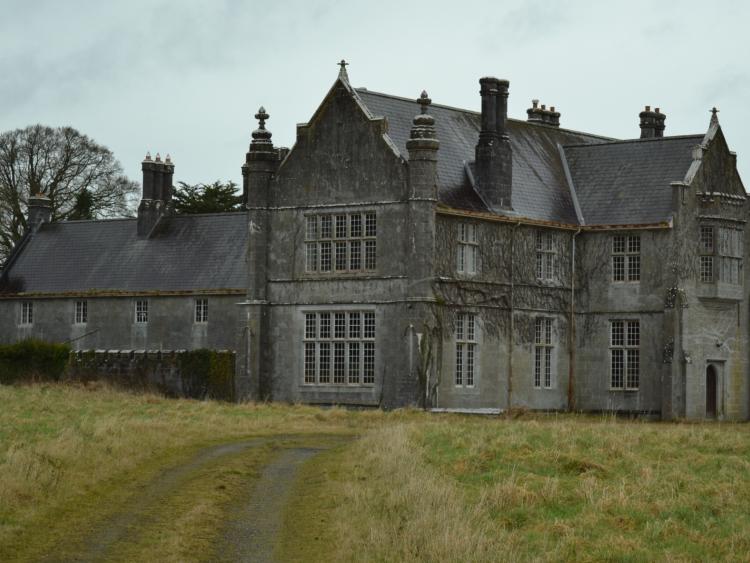 DURROW Abbey House outside Tullamore is among the ten most at risk buildings in the country according to a list compiled by the heritage and environment charity, An Taisce.

An Taisce said these buildings, including Durrow Abbey, may be “lost to future generations unless direct action is taken soon to preserve them.”

Durrow Abbey house is described as being in “poor condition” with An Taisce saying the “State should act fast to preserve the structure before it deteriorates further”.

The building and its surrounding 80-acres were bought by the State in 2003 for over €3 million.

An Taisce recommends using this site for residential, commercial or community purposes.

An Taisce's National Advocacy Manager, Ian Lumley, says the body was highlighting the issue in the hope local development groups and Offaly County Council can come together to find a solution.

He said that the impressive 19th century landmark should be maintained for heritage and safety purposes.

Mr Lumley also identified two other 19th centruy heritage properties in Offaly as being in a state of disrepair - the original stable block at Charleville Castle in Tullamore and the mill buildings and industrial structures associated with the old sawmills in Clara.

The group releases a list annually of important structures from across the country it deems to be in a state of disrepair.

Among the other historic buildings identified as being at-risk in the An Taisce list were the Iveagh Markets in Dublin, Donaghy's Mill and Duleek House in Co. Meath, Carrickglass Demesne in Co. Longford, Templeview House in Co. Sligo, Hope Caste and Market House in Co. Monaghan, the Ormonde Centre in Co. Kilkenny and Ballyrafter Butter Mill in Co. Waterford.

An Taisce said that given that the recent pandemic brought construction around the country to a halt, together with a homelessness situation that has not gone away, there is a compelling argument to save and repurpose these buildings.

For a structure to be classified as at-risk, it must meet one or more of a range of criteria including laying vacant, being neglected and suffering from structural problems.

Last year a leading Midlands based business man called for the development of an interpretative centre close to the site of the ancient monastery and holy well in Durrow.

Christy Maye said he also believed that the Book of Durrow should be returned to the area and exhibited in any such centre when completed.

The business man, who developed the multi-million Bridge House Hotel complex and owns the Greville Arms Hotel in Mullingar, outlined his vision in an article published in the 2019 edition of the Lions Club Tullamore Annual.

At the same time then local Fine Gael councillor Tommy McKeigue observed that 15 years after it was purchased by the State, Durrow Abbey remained undeveloped and the potential of the monastic site as a tourist attraction remains untapped.

“Durrow is half-way to nowhere as far as development is concerned,” said Cllr McKeigue.

The now retired councillor said its location just a few miles from the motorway would make Durrow the ideal place to start off on a tourist trail in Offaly.

However, there isn't even a sign for the church and high cross, said Cllr McKeigue, because the “OPW and the NRA (National Roads Authority) couldn’t agree on a sign”.

The OPW has restored the medieval church and moved the famous ninth century high cross inside to prevent further weathering.

The local community has tried to maintain access to the church and holy well but the abbey house remains closed to the public and is falling further into disrepair.

“If you’ve something 15 years going on and it’s making no progress it’s very disheartening for local people,” said Cllr McKeigue.

“The local people put in a huge effort there, manning it for a couple of summers, trying to give directions to people who come to see it.”