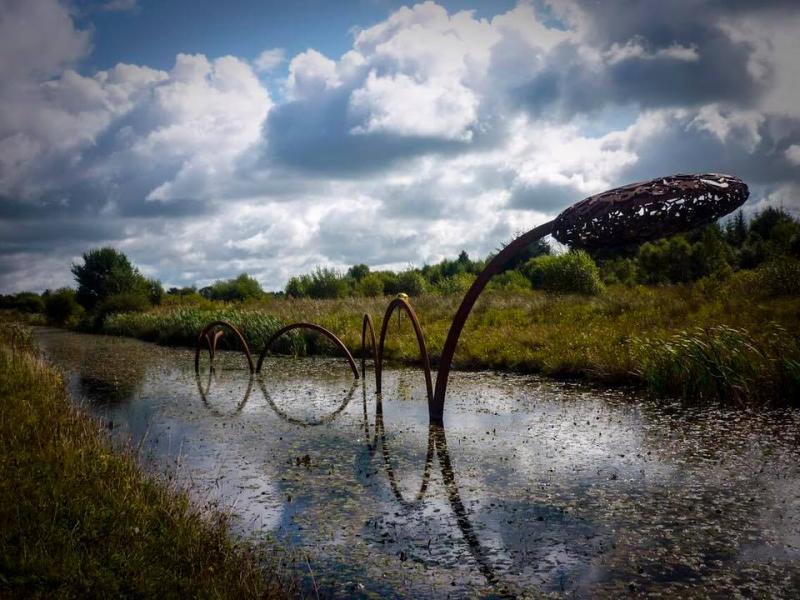 Why did the Romans never try to conquer Ireland? Why did the King of Spain give his name to an Irish county? And how did brandy change the course of Irish history?

A new book, Ireland's Forgotten History, looks into lesser-known stories from the history of Ireland, reaching back to prehistoric times to make sense of the strange Stone Age monuments and ancient mines that dot the island, as well as more modern anomalies like the disused railway lines that run through the west of Ireland.

Turtle Bunbury explores unexpected corners of the past to offer an informative and entertaining glimpse into 36 lesser-known tales from Irish history, from the eruption of a massive volcano in County Armagh sixty million years ago to more recent events, including the side-effects of plantation and conquest, that have made Ireland the vibrant place it is today.

Offaly readers will be interested to hear about the Mesolithic hunters who reached as far inland as Lough Boora, where there is archaeological evidence of humans chopping up animals and fish with axes and flint nine millennia ago.

From the Georgian Age, readers will learn the story behind the ‘Cumberland Column’ in Birr, built to honour the ‘Butcher’ of the Scottish Jacobites, as well as extraordinary plan to convert Birr into a Gothic playground replete with fantastical fountains, grotesque grottos and labyrinthine corridors modelled on Hell.

Bunbury explores the people and events from high to low that played major roles in Ireland’s fascinating past but have since been overlooked and disremembered. These alternative annals include tales of spymasters and scientists, battlefields and brothels, tailors and traitors. Ireland’s Forgotten Past paints a surprising, witty and engaging new portrait of an Ireland you thought you knew.

Turtle Bunbury is a best-selling author, historian, public speaker and TV presenter based in Ireland. His books include the award-winning Vanishing Ireland series, Easter Dawn, The Irish Pub, The Glorious Madness - Tales of the Irish & the Great War (shortlisted for Best Irish-Published Book of the Year 2014) and 1847 - A Chronicle of Genius, Generosity & Savagery, which Oscar-nominated film director Lenny Abrahamson described as 'vivid, surprising, hugely entertaining.’