'Big Maggie' to be stage by Offaly drama group 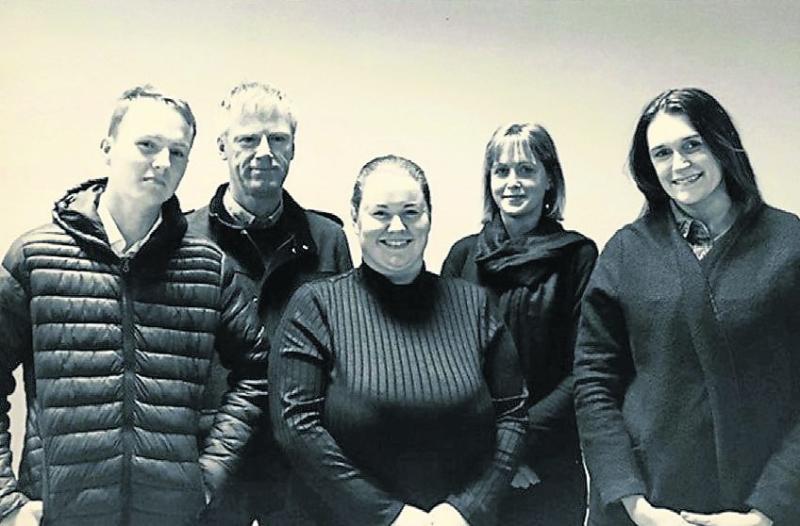 Coolderry Drama Group are preparing to stage their 16th production since they reformed in 2004. ‘Big Maggie’ is the compelling story of Irish society, family and femininity written by one of Ireland's most popular authors John B. Keane. As always the ever talented Paul Spencer is back with the group to direct this entertaining play.

John B. Keane is, of course from Listowel in Co. Kerry and this is the second of his plays that Coolderry Drama Group have put on the stage. ‘Moll’ was staged in 2013.

Paul Spencer returns for his 13th consecutive year with the drama group and the group are delighted to have him on board again. Paul is just off the stage himself following his part in ‘Legally Blonde’ with the Tullamore Musical Society. Paul has years of experience with Drama Groups and Musical Societies near and far. Coolderry Drama Group are extremely fortunate to have someone with Paul’s expertise to oversee the entire production.

Rehearsals have been busy and the group first met in October, so a lot of time and effort has gone into the production. As always their hardworking backroom team have worked tirelessly to ensure that the set was ready and everything was in place for the cast. They are very grateful to all who helped out with the stage, programmes, posters props etc.

The plot begins after the death of Maggie Polpin’s (Sandra Maloney) husband. Maggie is determined to create a better life for herself and her children. This doesn’t come without many arguments and disagreements from her children Katie (Sue Cleary), Gert (Lorna Dardis), Maurice (Gilbert Bryan), and Mick (Luke Ryan). When her children’s love interests start to interfere with her plans, Maggie shows no mercy to Teddy Heelin (Micheál Carey) and Mary Madden (Caoimhe Nevin). Maggie makes light work of Mrs Madden (Andrea Carroll) who was hoping that her daughter might marry Maurice. Throw in a proposal from the local Monument Sculptor, Mr Byrne (Tom Kelly) and Maggie really has the power in the hands! She shows her shrewd nature with her treatment of the poor local pensioners (Mark Maloney and Annemarie O'Meara) and her harsh words are a true reflection of the type of hard woman she is. Will her family stick around and abide by her law?

‘John B. Keane’s wonderful creation of a rural Irish Matriarch ranks with Juno, Mommo and Molly Bloom as one of the great female creations of twentieth-century Irish literature.’

The Show takes place on Friday March 6, Saturday March 7 and Sunday March 8 in Coolderry Hall at 8.30pm. Admission fee is €10 for adults and €3 for children. No booking required. Raffle on the night also. They look forward to seeing you on the night!