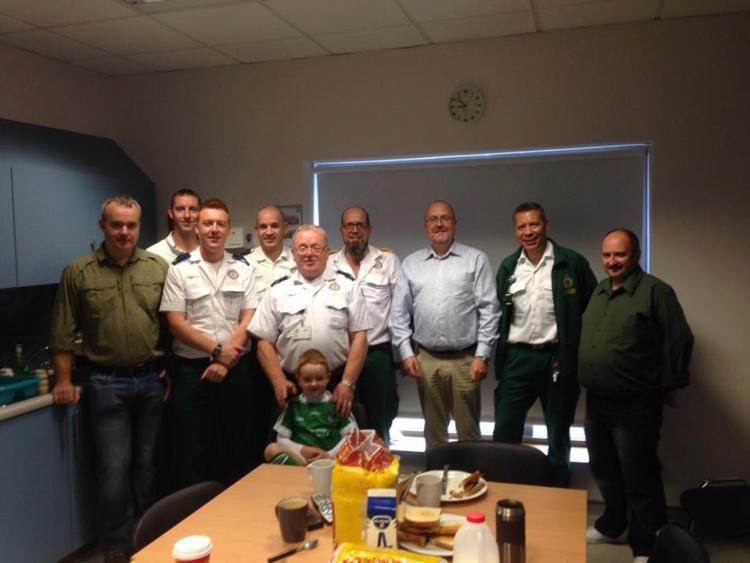 Dave surrounded by his colleagues in 2018

Dave King, a native of Killeen, Riverstown on the Offaly-Tipperary border, was recently honoured by the Order of Malta Ambulance Corps for his 50 years of service.

At the same event in the Hibernian Inn & Restaurant in Nenagh, Michael Moloney, who was involved in the Order of Malta's Unit in Birr in past years, was also honoured for 60 years of service.

Dave, who holds the rank of Lieutenant in the Ambulance Corps, was an active member of the Birr Unit until 1973, when he transferred to Nenagh. He worked in Nenagh Creamery until 1992 when he began to do temporary work with the National Ambulance Service. He became permanent with the Service as a paramedic three years later and only retired recently.

Also a former Officer-in-Charge of the Unit in Nenagh, Dave is very much involved in the Unit today, passing on the benefit of his years of experience to younger members and applying that experience in rendering medical aid whenever necessary at numerous community events across the region.