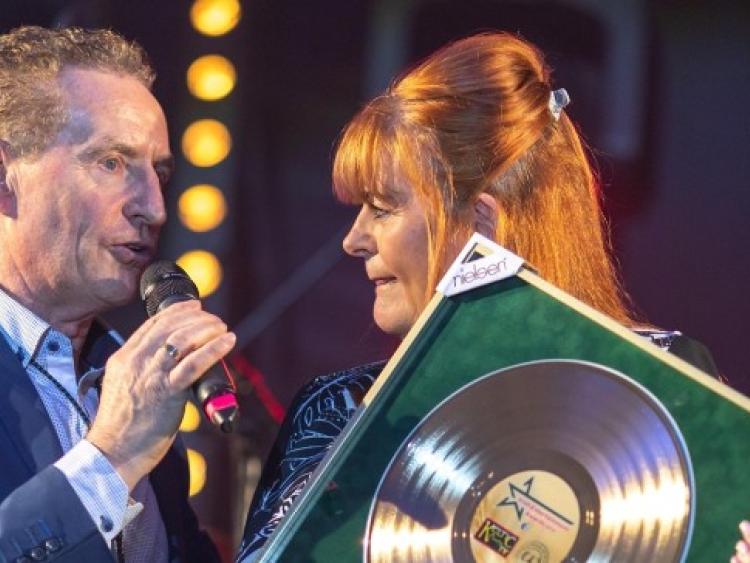 The Irish comedy icon behind the likes of 'Bottler,' and so many more unforgettable characters over the decades, has been honoured at this year's Keltic Country TV Irish Entertainment Awards in Tullamore.

By way of recognising his outstanding contribution to Irish culture and entertainment throughout his colourful life and illustrious career, a special posthumous award was presented to Brendan's darling wife, Eileen, by show M.C. Joe Cooney, host of Country Roads on Midlands 103, with help from country music superstar, and a man who Brendan was always a big fan of, Mike Denver.

In front of another full-house in the Tullamore Court Hotel, Eileen, who was accompanied by several other members of the Grace family for this special occasion, was escorted to the stage by another legend of local radio and country music, Johnny Barry of KCLR 96 FM.

The incredibly touching citation on the award referenced the many roles filled by the late Dubliner during his time among us, from his obvious and exceptional talents as a comedian and actor, to the all-encompassing - and never more worthy - title of entertainer.

Brendan being Brendan, of course, it didn't end there. He was also a singer of note and distinction, the place, it must be remembered, from where it all began for him. Also etched on that citation was the word philanthropist, reflecting a man whose heart was always as big, if not bigger, than a personality that was already galaxy-sized at the very least. The citation ended with a simple phrase echoed so many times by so many souls since his own took its leave of us; Thanks for the memories.

In accepting the award, Eileen, who was visibly moved by the depth of the warmth that accompanied her introduction to the audience, spoke with great eloquence about the outpouring of support which has flowed her family's way since Brendan's passing. She even managed to joke that Brendan was probably looking down and hoping she had remembered to bring along some of his merchandise.

It could hardly have been more fitting that a man who will always be remembered with smiles, could still bring a full-house to laughter even when only with us in spirit. But then again, with us in spirit is something the late, and so, so great Brendan Grace will always be. And aren't we all the luckier for that being so.