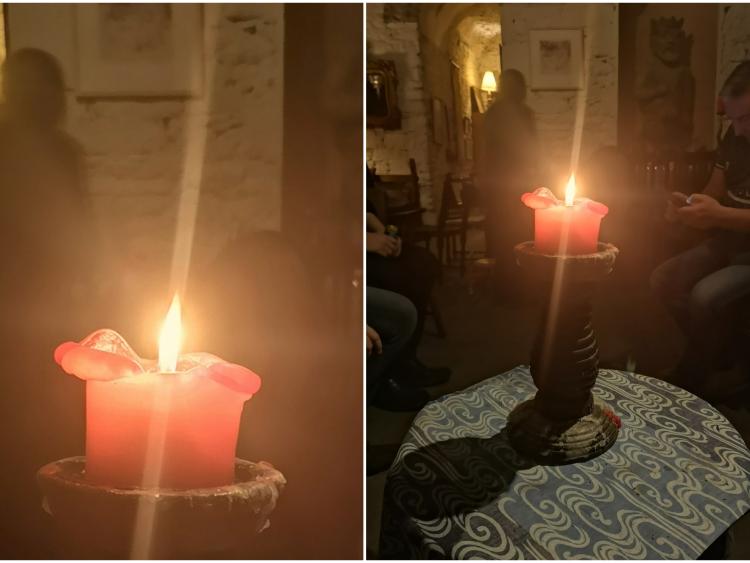 Has a ghost just been captured on camera at Offaly castle?

A group of paranormal investigators believe they have captured a year-old spirit at Leap Castle in Offaly.

Paravent investigators visited the castle, which is often referred to as one of the most haunted in Europe, last week and captured a quite unusual photograph.

"We have been trying to figure out a picture we got at Leap Castle and were afraid to get too excited. However, it seems we had additional company as we were sat around the fire," they said.

"This is the original picture taken and I can confirm that it cannot be a shadow and it was no one in last night's team. No one was wearing a dress. Draw your own conclusions," one investigator added.

Leap Castle has a deep history, including battles for power in the 1500s. Some of the more intriguing areas of the castle are the murder hole and the 'bloody chapel.'

It is said that a 'red lady' ghost walks the halls and mysterious goings-on have been reported by the current owner and various visitors over the years.

The latest photograph from the castle appears to show a figure of a woman standing to the left of the candle.

What do you think it is?