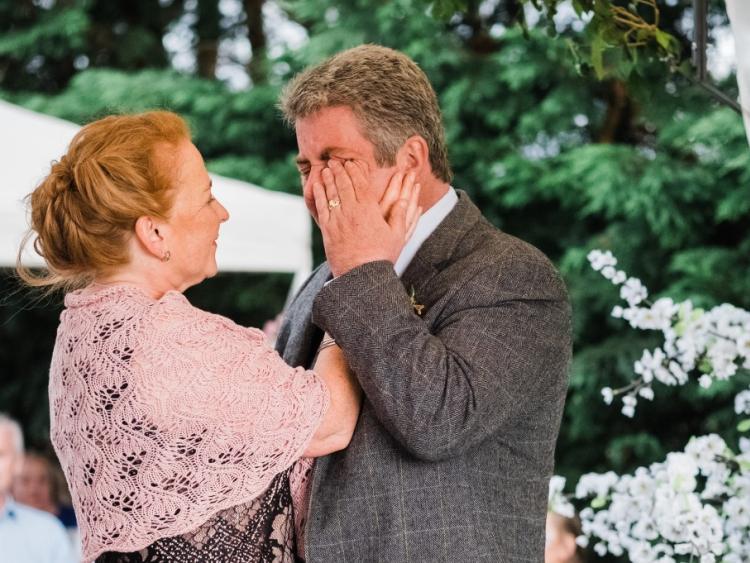 Offaly photographer does something amazing for bride and seriously ill groom

Offaly man Keith Touhey has been hailed as "no ordinary photographer" after capturing the wedding of Helen Whelan and Davey Moore who is terminally ill, back in late July.

Keith travelled to Clare and covered the wedding free of charge. He described it as "the wedding that broke my heart" and was thanked by the family who now describe him as a "lifetime friend."

"Keith gave us an absolutely priceless gift when he photographed my brother's wedding ceremony and as a family, we will be forever grateful to him," Davey's sister said.

It was in June of this year that Davey, an Edenderry native, received a shock diagnosis of terminal cancer. Sadly, there were no treatment options available and the prognosis was very poor.

He was given a matter of weeks to fulfil a lifetime of living.

"His most pressing wish was to re-declare his wedding vows to the love of his life and his partner of 30 years, mother of their two sons and grandmother of their three treasured grandchildren before he passed. As a family we vowed to help him to make this a reality," his sister Alice added. 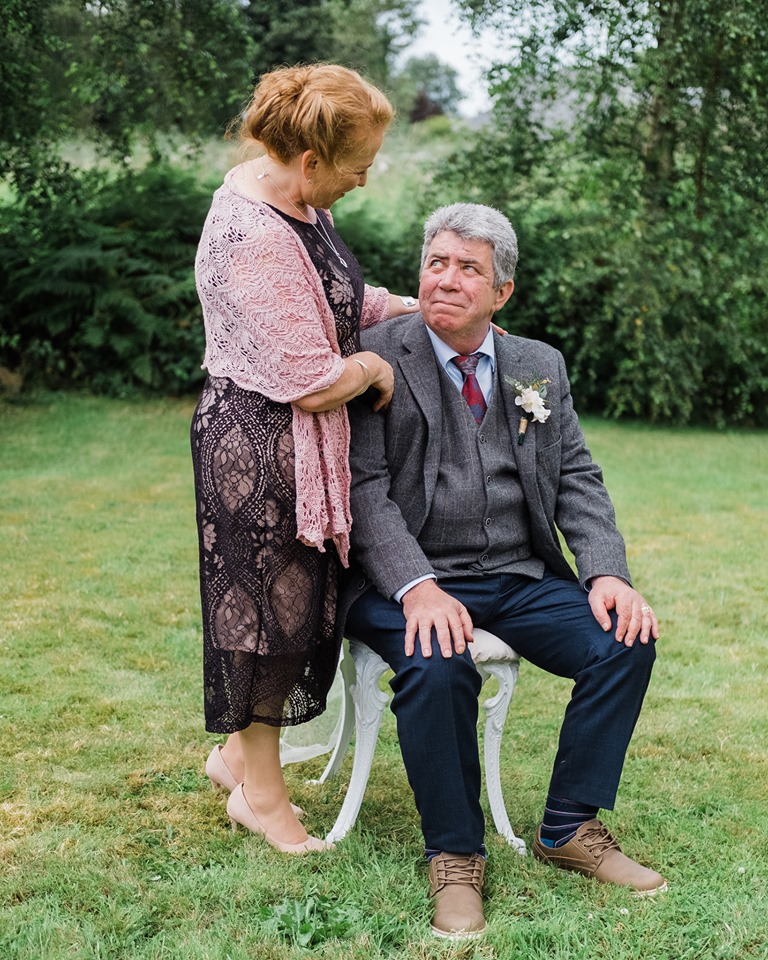 ABOVE: Davey and Helen photographed by Keith on the day

"It took a few frantic weeks but finally, he was stable enough to do this, the special licence had been granted, a wonderful celebrant who was available had been found and we were ready to begin planning."

The one major issue the family had was the serious time restraint with the entire wedding planned in ten days.

"In complete panic, I turned to an online wedding planning group, told of our predicament and asked for advice on pulling this off in 10 short days with a tiny budget and a family in complete shock," Alice said.

"I received lots of advice regarding decorations and then something magical happened; Keith Touhy saw my post and instantly offered to help."

"To say I was stunned by this, would be a massive understatement. This was peak wedding season, a complete stranger had just offered to travel halfway across the country to photograph this incredibly emotional wedding service at such short notice and was doing this for absolutely no fee."

"When Keith sent me a link to his website I knew in that instant that we had somehow been granted the gift of an extremely talented wedding photographer who would honour the day with a visual record of this most intimate occasion," Alice continued.

"They say that a picture can tell a thousand words and what Keith somehow managed to capture in a brief time on that day tells one amazing story."

"A complete story of life, of love and of loss. From start to finish, Keith managed to preserve each moment of the day in such incredible detail and with so much emotion jumping out from each and every shot. We will never be able to thank him much for giving us such powerful images."

"These pictures have touched our hearts and they will become amongst our families most treasured possessions.
There are "photographers" and then there are people whose eye for detail, whose passion for their craft, pours from their eye to the shutter and finds its way onto paper and they are more than a photographer. Keith Touhy belongs in this second group," she added.

"Keith managed to very professionally and very gently guide us through the process on the day. Understanding that my brother was unable to stand and that time was a huge factor he framed each shot with consideration. He captured the beautiful tender moments, the tears as they rolled from our eyes and the fun and the laughter as we gathered to witness the love that exists between husband and wife."

"The clarity of the close-up shots of the finer details of the wedding rings or the bouquet that the bride carried right through to a mother fighting to hold back the tears as she congratulated her son on his wedding day while carrying the impending loss heavy on her shoulders has been sensitively and beautifully saved. But above all of this, he captured love," Alice said.

"One of Keith's incredibly detailed photographs will rest on top of my brother's casket when the time comes to say our final goodbyes. And forevermore, our family will have these wonderful images to look back on and to cherish."

The wedding took place on July 26 in Clare. Davey is still receiving care and Keith has stayed in touch with his family.

The Tullamore photographer has also be named as a finalist in the Photographer of the Year awards, and this particular wedding is testament to the fact that he deserves that nomination.

You can find out more from Keith at www.keithtouhey.com.