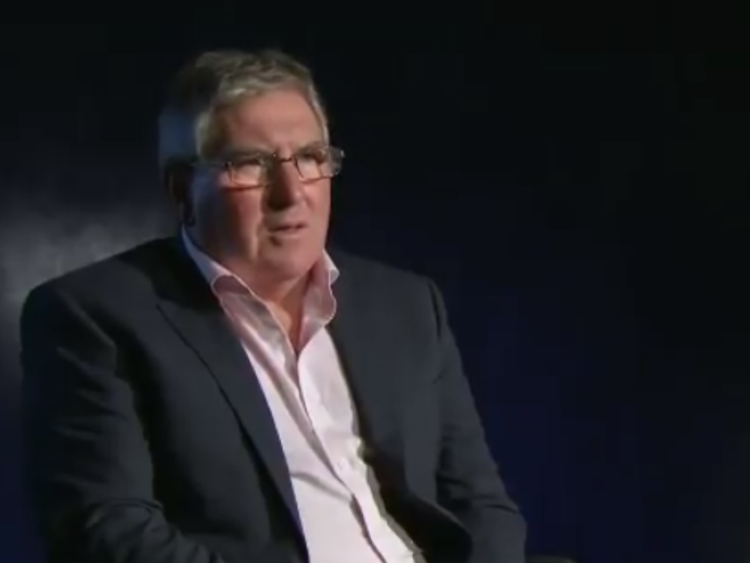 The night a gun was pulled on Seamus Darby in London

Seamus Darby's much-anticipated appearance on TG4's acclaimed Laochra Gael programme was hugely popular with viewers on Wednesday evening with one segment seeing Seamus describe the night his life was threatened.

The hour-long episode delves into the life of the 'man who got the goal,' the embodiment of one of the GAA's most famous moments.

While his goal to down Kerry and deny them a five-in-a-row in 1982 featured heavily, the show will be remembered for the searingly honest contribution of the man himself.

Seamus went into the darker side of the fame that followed, the personal and professional problems he has encountered in his life, health scares and finding ultimate happiness.

The documentary trailed Seamus Darby's life after that famous moment in Croke Park and brought us to London where the Rhode man moved to work during the recession of the 1980s.

After 1982 All Ireland, Seamus bought a pub in Borrisokane on the back of success renting shops in Edenderry, but the ill-fated venture almost sunk the three-time All-Ireland winner.

Having lost the business, he moved to London where he says he spent time "sleeping under a radiator in a pub." He described the fall from grace as coming from "a serious high to a real low."

Eventually, Seamus began working as bar manager around London but in one particular job in Barking, he encountered some serious individuals.

"Guys would come around looking for protection money, lads from Limerick, tough skins, but I'd say no, I can't afford it," Seamus explained. "A gun was pulled on me one night and this guy, he had a fire in his eyes, and he was going to do away with me, but another friend of mine who had also come over from Edenderry, Mike McGuinness, talked him out of it," he added.

Seamus was undeterred and soon got a pub of his own to run and remained there for eight years. He said it was hard work and recalled spending two weeks on his hands and knees scrubbing a carpet to get the place off the ground.

Having moved back to Ireland, Seamus once again went to Tipperary, this time Toomevara, where he purchased the Greyhound Bar. He remains the man behind the bar there to this day and some 1982 memorabilia sits proudly on the wall.

Although Seamus explained the difficult times he encountered in his life, he said "I'm in a good place," added, "I'm very happy with my life right now."

You can catch up on Seamus Darby's entire Laochra Gael episode on TG4 at 11.55pm on Friday, March 1.