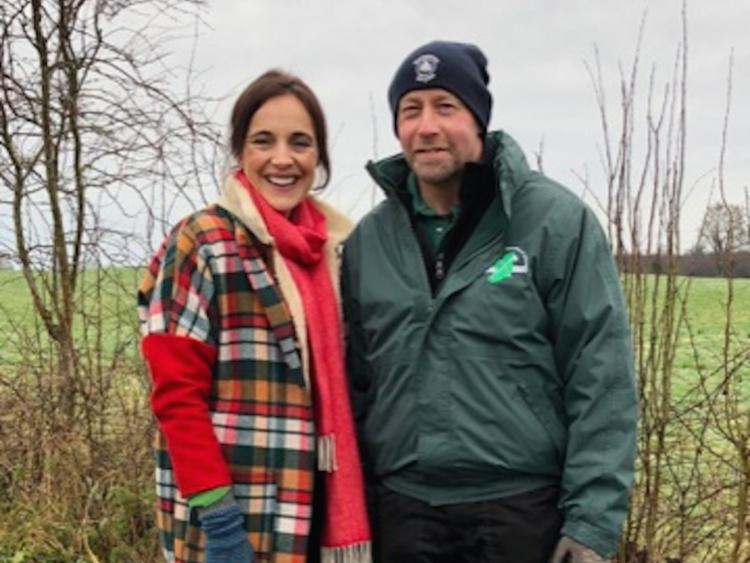 An Offaly farmer who has built a very successful business selling his own free range produce and a hedge layer from the county will feature on tonight's Ear to the Ground on RTE in an episode with plenty of Offaly interest.

Clive Clarke grew up on a mixed farm in Dunkerrin in Co. Offaly. When he finished school he trained to be a butcher and worked locally, but in 2010 the shop closed and Clive was left with tough choices to make - to take his young family and emigrate, or try to find a way to make a living in a country deep in recession. Clive decided to stay, and looked to the family farm as a life-line.

The answer was diversity. Now, eight years later, Clive is running a highly successful farm business selling his own free range turkeys and pigs into the Christmas market at a premium price.

Helen Carroll went to visit Clive at Ashgate Farm to learn the secret to his success.

Winter is the time of year when landowners think about tidying up their hedges. Many do this using hedge cutting machinery, but there is another way - hedge laying, the very old craft of cutting hedgerow stems partly through so that they will bend without breaking and continue to grow.

On a cold, bright day in December Ella McSweeney travelled to Tinamuck, Co Offaly to meet Eamonn McLoughlin to learn how to lay a hedge herself.

The episode will be broadcast tonight (Thursday,  December 20) on RTÉ One at 8.30pm. It will also be repeated at 1.10pm on Sunday