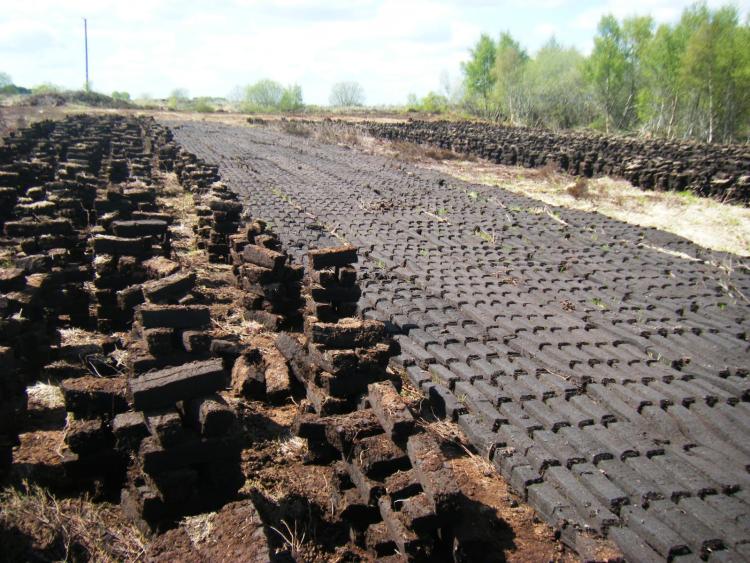 Barry Cowen said on Tuesday that "up to 150 jobs are set to be lost at Bord na Móna under plans to decarbonise company."

He said the job losses across the Midlands "will have a devastating impact on the local economy unless a transition fund is put in place."

Deputy Cowen was commenting after it emerged that due to a proposed restructuring of Bord na Móna, and a move to decarbonise the business, "up to 17 peat producing bogs will be closed with the loss of hundreds of jobs."

“This is a hammer blow for the Midlands, and, in particular, Offaly. Successive generations of Offaly and Midland families have earned a good livelihood from Bord na Móna," Barry remarked.

“This is a difficult time for workers who may lose their jobs. They need certainty on their pay and conditions, what their redundancy package would look like, and the timelines they are facing into. They are owed this and more."

“It seems to me that Bord na Móna’s minds are made up, and they aren’t for turning. If they won’t reconsider this decision, I would implore them to ensure that a solution is not imposed on the workforce, but that proper negotiations are entered into with employee representatives," Cowen continued.

“The Minister for Employment Affairs and Social Protection, Regina Doherty and Minister Richard Bruton, the new Minister for Communications, Climate Action and Environment cannot leave it to Bord na Móna alone to make such drastic changes. This is a semi-state company, and the Government must get involved to secure the best possible deal for workers."

“Bord na Móna survived and prospered over the last 80 years because of the continued buy in of staff when challenges had to be overcome. It will be more beneficial to everyone if an agreed resolution is found rather than an imposed one."

“What must be noted upon is also the failure of the ESB to apply for planning permission to begin dual fuel processing at its plants in Lough Rea and Shannonbridge. This planning is extremely urgent and would help safeguard jobs across Offaly and the Midlands," he added.

“During my discussions with the Minister for Finance on Budget 2019, I made it clear that Fianna Fáil believes that Carbon Tax receipts must be ring-fenced to support workers and regions affected by the transition to a low carbon economy. While Fine Gael had no interest in such a proposal, it is now Fianna Fáil policy."

“The Government should seek EU support, in the same way that other traditional industries were supported, to help ease the transition for Bord na Móna."

“One example is the European Globalisation Adjustment Fund which was established to support and re-train workers affected by job losses due to globalisation."

“This is a major issue for the Midlands, and every avenue must be explored to support the workers and the local economy,” concluded Cowen.

In response to the fears expressed for looming job cuts at the company, Bord na Mona told the Offaly Express, "Bord na Móna began a journey of de-carbonisation over a decade ago. In 2008, Bord na Móna committed to not opening new bogs under A New Contract with Nature. In 2015, Bord na Móna announced it would exit Peat for energy purposes by 2030. During this time, we have also increased the co-firing of Peat and Biomass in Edenderry Power Station at a rate now in excess of 40%."

"There is an ongoing process of engagement with employees and the Group of Unions regarding the strategy to de-carbonise which means we will be harvesting less peat over the coming decade as we exit Peat for energy purposes, as announced back in October 2015."

"This engagement process has not reached any conclusions regarding the final shape of the peat business either in terms of employee numbers or operations. As this process is ongoing the company will not be making any further comment at this time," a spokesperson added.