WARNING: Motorists urged to use extreme cause with torrential rain hitting parts of Offaly and more thundery showers on the way 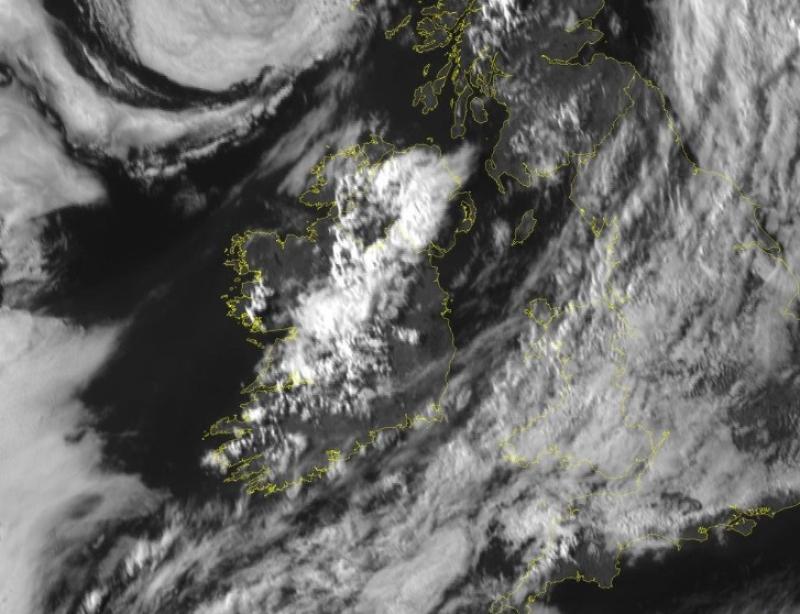 Satellite image showing the band of torrential rain over Ireland

Parts of Offaly are experiencing localised torrential downpours early this evening with more heavy rain and thundery showers forecast by Met Eireann for this evening.

The satellite image above from Met Eireann shows the think band of heavy, thundery showers moving across the country and the national forecaster is predicting more heavy downpours and localised flooding this evening, mainly through the midlands and the west.

Heavy thundery showers with localised downpours will continue this evening, mainly through the midlands and west of the country. Across many eastern and southern counties, it will be a warm and sunny evening.
Images below from 5:40pm pic.twitter.com/vGCPKXU8vz

Many areas in the country are already have already been badly affected with surface water on the M7 between J25 Nenagh Centre and J27 Birdhill due to surface water. Gardai are urging motorists to take extreme caution.

The AA is also reporting flooding on the M6 between J13 Athlone West and J14 Ballinasloe East, especially on the westbound carriageway.