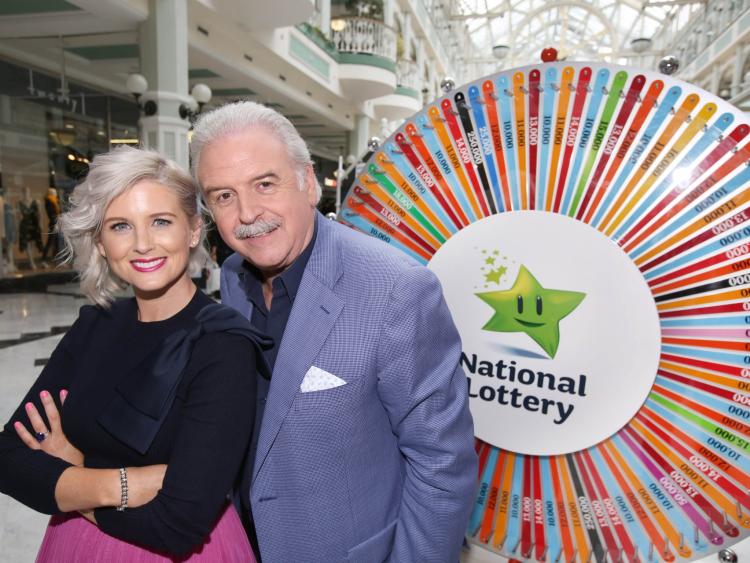 An Offaly-born software engineer has his aunt to thank for his appearance on the National Lottery Winning Streak game show on RTE One this Saturday night, April 7.

Danny Walsh (34), originally from Edenderry but living in Dublin for the past three years, revealed his aunt Patricia bought him two Winning Streak cards which both had the magic three stars.

He filled out one card and asked his mother Marian to fill in the other and to post them both to the National Lottery for him as he had to catch a bus back to Dublin.

Danny discovered he had been selected to appear on the show after getting a text message from a family friend. Initially he thought it was a joke as his family knew his mum had posted the scratch cards, but many calls later he realised it was no wind up.

His mum, Marian and dad, Andy are both looking forward to supporting him in Dublin on Saturday, along with his only sister Joanna. They will be joined by other members of his family and friends including his aunt, Patricia.

In his spare time Danny loves socialising, spending time with friends and visiting the gym. He has no plans yet what he will do with his winnings, and says he will take a few weeks to decide.

The next episode of Winning Streak, will be broadcast next Saturday evening, April 7, at 8:15pm on RTÉ One, where presenters Marty Whelan and Sinead Kennedy will guide Danny and his four fellow players through the iconic show, which gives them the chance to win cash, cars and luxury holidays.

One will get the once-in-a-lifetime chance to spin the Grand Prize Wheel with a maximum prize of €500,000.

The other four players chosen to participate in next week’s Winning Streak are:

The popular gameshow first appeared on our screens way back in September 1990 and since then a massive 5,925 people have taken part, winning in excess of €168 million in prizes.

Winning Streak will feature games such as; Fantastic Five, High Low Share, Wheel Reveal and the Grand Prize Wheel, giving one lucky player a chance to win up to €500,000. In addition a lucky stub player will be drawn as the winner of a Luxury Cruise for two valued at €5,000 on each week of the show.

Winning Streak Scratch Cards are on sale in over 5,000 National Lottery agent stores nationwide priced at €3. They now have better chances of winning a prize. An amazing 1 in 1.86 tickets have a cash or 3-star prize. A 3-star prize gives players the opportunity to enter a draw to appear on the gameshow.