Extreme watersports could be big business 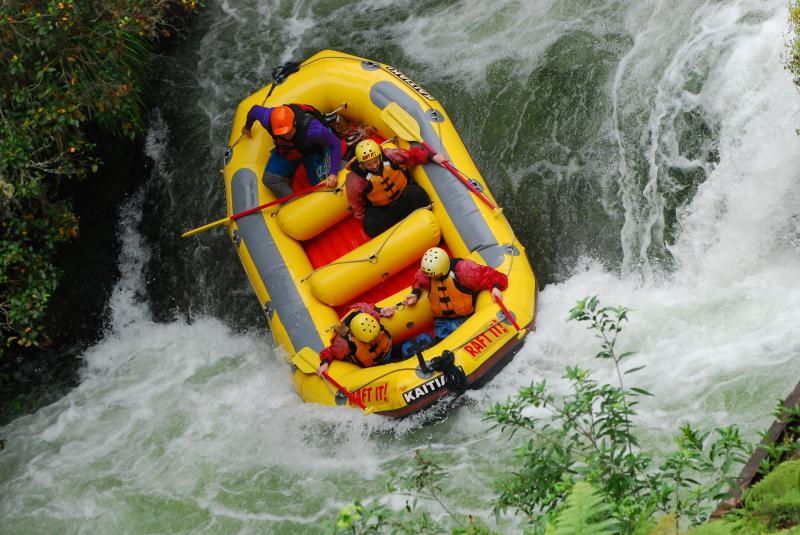 Calls made for white water rafting centre in Offaly

An Offaly County Councillor has called for a white water rafting facility to be built and marketed on the Grand Canal in Offaly.

Responding to a Waterways Ireland presentation at the March meeting of Offaly County Council, Cllr Tony McCormack, who is the chairperson of the Tullamore Triathlon Club, proposed the idea of a white water slalom course in Offaly.

He spoke of the pulling power such a facility could have for tourists, suggesting it could make Offaly a "destination for national and international watersports enthusiasts."

Amid light-hearted chuckles from the other members, Cllr McCormack admitted that his idea was "aspirational" but tempered that saying, "we have to think big."

While recognising that it might be out of the limits of the council or Waterways Ireland, he pondered that, "perhaps there would be European grants" or funding streams available for such projects.

Pointing out its potential even within Ireland, he said there are 2.5 million people now living within 1-2 hours of Offaly, making it a central location for such a development.

White water rafting is popular in North America, particularly places like Colorado and involves navigating your ways down a fast moving body of water in a canoe or rubber boat.

Responding to the outlandish proposal, CEO of Waterways Ireland, Dawn Livingstone, described it was "a little more challenging" than some other access and facility issues outlined by councillors, including McCormack, during the meeting.

She did, however, say, "we are looking at the idea of a rafting course like this, but in a location with a greater body of water than that available in Tullamore."

She also responded to Cllr McCormack's call for further cleaning of areas of the Grand Canal around Tullamore, including the removal of excess underwater growth, so as to enable clubs like Tullamore Triathlon Club to swim there more easily. She said that Waterways Ireland would be "happy to help" in this area by cutting back an identified area more regularly.