'A water quarter for Tullamore' 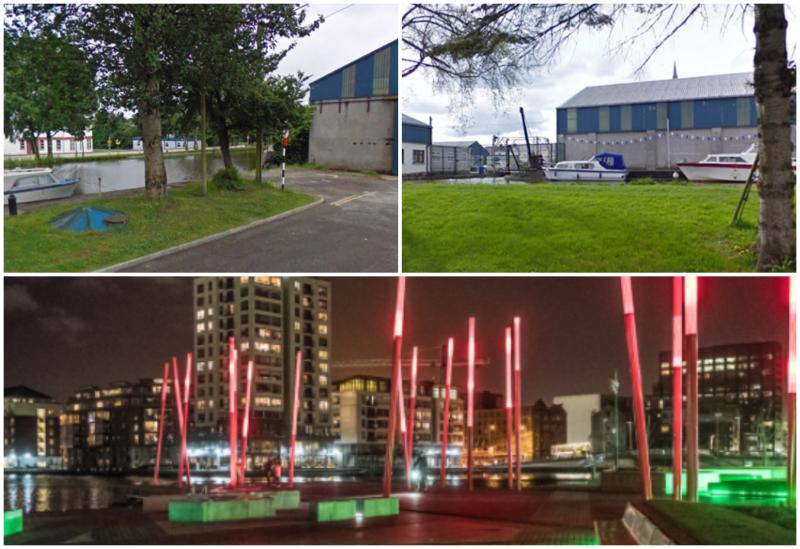 A Grand Canal Dock inspired development for Offaly has been mooted for the Tullamore Harbour area currently home to Waterways Ireland.

She said it was the intention of Waterways Ireland to move their depot out of the location to free up the harbour for a combined commercial and housing development. The harbour is currently behind walls but its potential has long been discussed by local representatives.

"It should be a water quarter for Tullamore, bustling with life," Livingstone told the meeting. The concept is in the early stages but a feasibility study has been commissioned jointly by Offaly County Council and Waterways Ireland. The results of such a study will then become a "masterplan," according to Dawn Livingstone and Offaly County Council.

Livingstone spoke of the huge potential of the area for hosuing, commercial development and recreation, saying she can envisage boating taking place there, water sports, canal cruises and events. She mentioned Grand Canal Dock in Dublin as a vibrant example of such a development.

The idea was broadly welcomed by the councillors in attendance with Cllr John Clendennen describing Tullamore Harbour as "a hidden gem" when it comes to tourism potential. He asked what engagement would take place for businesses to perhaps locate there in the future, a prospect Dawn Livingstone said she expected in the area.

The proposal was also welcomed at the meeting by Cllr Declan Harvey, Cllr Tony McCormack, Cllr Dervill Dolan, Cllr Noel Cribbin, Cllr Brendan Killeavy and Tommy McKeigue, who also raised a number of concerns, including derelict boats being occupied by squaters in the outer harbour in Tullamore. Waterways Ireland responded by saying they hope to see a change by-laws to curb boat owners flouting regulations. They also confirmed CCTV cameras for the area to manage behaviour, including reported thefts from boats in recent months.

When questioned by Cllr Dervill Dolan on the timescale and funding model for such a development at Tullamore Harbour, Dawn Livingstone said, "we can make a compelling case for private investment." The most likely method for the project coming to fruition was seen as a public-private partnership.

Dawn Livingstone expressed a hope that the feasibility study commissioned would result in a masterplan by the end of 2018. The plan is to get the masterplan in place first before going to government with funding proposals.