The issue has plagued many parts of the county 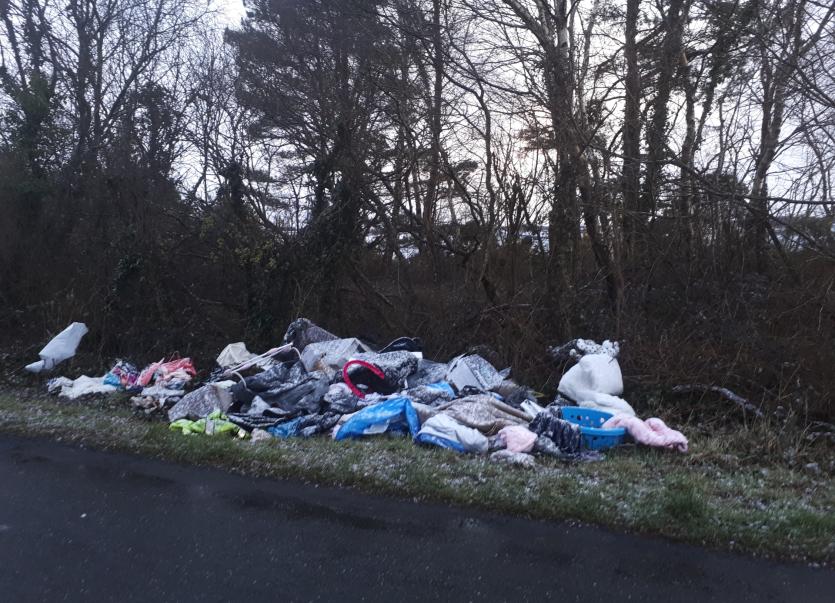 Minister for Communications, Climate Action and Environment Denis Naughten has announced a €2 million investment to tackle the growing issue of illegal dumping across the country.

The money will target black spots with the introduction of aerial imagery supplied by drones and satellites and the increased prevalence of CCTV cameras to catch perpetrators.

Offaly has a number of black spots for illegal dumping, including Clara, areas along the Grand Canal and the town of Edenderry. In particular, the road from Edenderry to Rathangan, known as the Bog Road, has experienced substantial amounts of illegal dumping.

The photograph at the head of this article was taken on the Bog Road, in an area known as the Derries, on Thursday morning, February 15. This large amount of litter has been there for a number of weeks having been dumped in the New Year. It is one of a number examples of illegal dumping on that stretch of road and the many lanes that feed onto it.

The money will support the use of covert surveillance and smart technology, including aerial imagery from drones and satellites, as well as the installation of CCTV cameras.

Minister for Communications, Climate Action and Environment Denis Naughten has described the act of illegal dumping as "economic and environmental treason" and vows to tackle those responsible head on.

He indicated that fraudulent waste collectors operating online and blighting the landscape across the country with consignments of illegal collected rubbish will also be targeted in the wide-ranging crackdown.