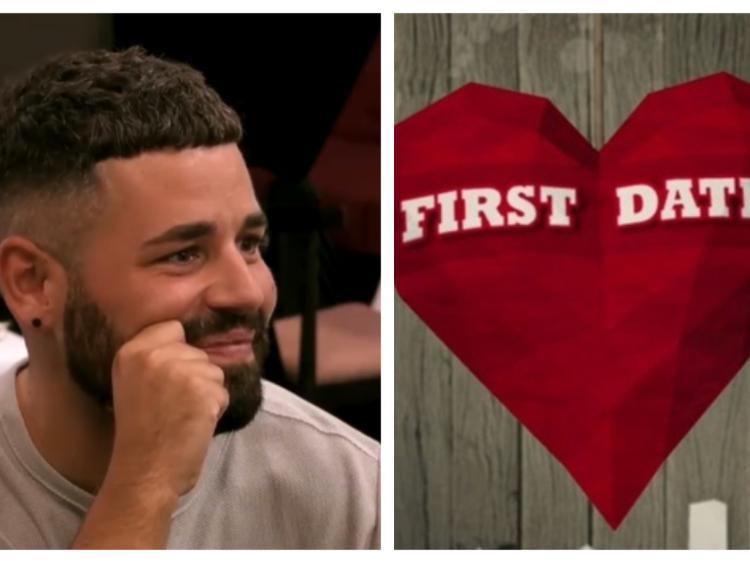 Offaly man John Charles Connolly made history tonight as he took part in the first ever sign language date on the hugely popular First Dates series in either Ireland or the UK.

The 27-year-old design student from Edenderry was paired with HR professional Stephen from Dublin on Tuesday night's show.

After appearing on the show, John Charles caught up with the Offaly Express. He said: "It went all good tonight. Stephen and myself are friends now."

Stephen has subsequently moved to London and in an interview aftr tonight's show, John Charles joked, "I'm still looking for my husband."

He also added, "My deaf community were very proud because our language is very important."

Speaking about the experience generally, he said he applied for the show, despite being a little hesitant at first, after his friends convinced him.

"I was having a conversation with friends and our love life came up. As we were chatting my friend mentioned First Dates Ireland were looking for applicants and suggested I apply," he told us.

"I didn't know whether an interpreter would be provided while filming and being interviewed so that concerned me. I wasnt worried about the date because I don't date with an interpreter - that would be awkward," he joked.

"I am very independent. My hearing loss has never held me back in my education, work or personal experience. But if a date can sign then great. It is very tiring lip reading and texting back and forth," he added.

Speaking about dating as a young deaf man in Ireland, John Charles commented: "It would be nice to get a partner in the deaf community but in Ireland, it is not a reality because it is a very small community and we all know each other very well, plus the deaf gay community is even smaller," he joked.