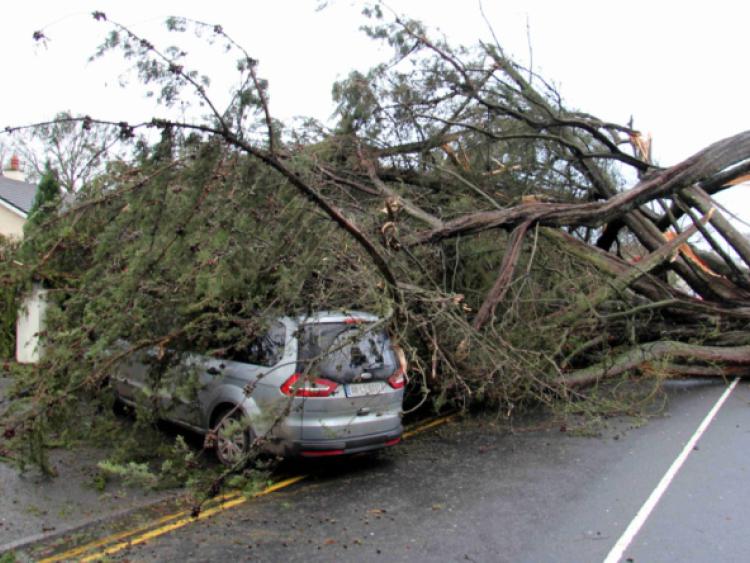 As Storm Brian approaches and authorities tell us it won't be as bad as Ophelia, it is important to note the point missed by many - saturated soil.

Although the winds arriving with Storm Brian are not as strong as those of Hurricane Ophelia, this weather front is bringing more rain.

It has already rained more than normal in recent days, with Thursday evening bringing persistent downpours and localised flooding to the county.

This rain will result in saturated grounds across the county, increasing the risk of falling trees, electricity and telephone poles, especially those already weakened by Hurricane Ophelia.

The saturation of the soil weakens the base of the trees, resulting in the possibility of them being uprooted more easily, even with less powerful gusts than Monday's storm.

This saturation happened during the storm season of 2014, bringing down one of the most famous grey poplar trees on the grounds of Birr Castle in Offaly.

At that time, Matthew Jebb, Director of the National Botanic Gardens in Glasnevin, spoke to the Irish Times and told them that this tree and others like it came down due to "the combination of saturated soils and gale-force winds, as well as their often exceptional size."

“The terrible irony is that the bigger the tree, the more risk it encounters and the greater the likelihood that it will be levelled,” he told the paper.

Offaly is set to be hit by gusts of up to 110km/h, although mean wind speeds will be closer to 70km/h. Coastal counties will encounter the worst rain and wind, meaning they have a greater risk of further fallen trees.

Gardaí and the RSA have advised people on the roads to exercise caution, asking people to watch out for fallen debris during stormy weather.

See the full weather alert in place for Offaly and Ireland by clicking here.