An amazing story of love and persistence 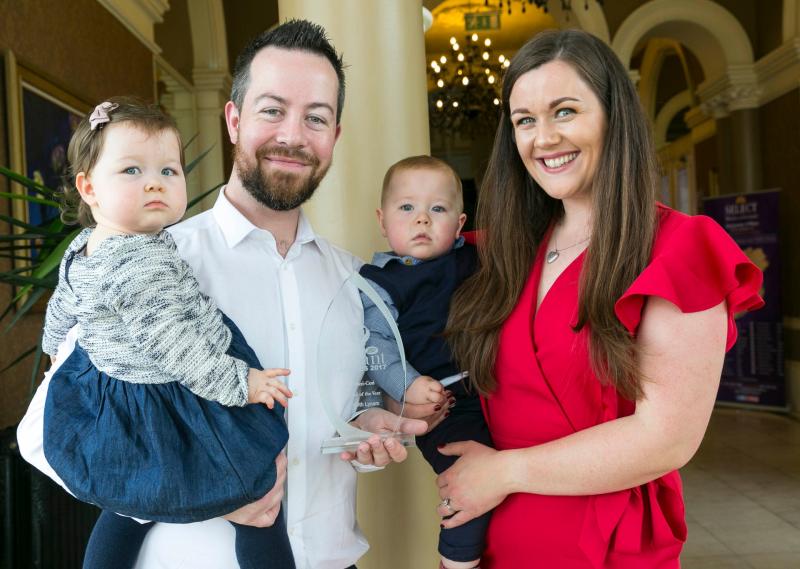 Keith Lynam with his family

Offaly man Keith Lynam has been recognised for his love and devotion to his family, including his unwell son, at the 10th annual Boots maternity & infant Awards, which took place at a gala luncheon in the Royal Marine Hotel, Dún Laoghaire recently.

Keith from Birr was nominated by his wife Emma after the care he showed for their young son after he became unwell after childbirth in recent years. He picked up the Maxi-Cosi Dad of the Year award on the day.

Having arrived three weeks early, Keith was doting upon his new babies, Archie and Pippa, when the vigilant Dad noticed Archie's breathing was quite laboured.

Keith refused to accept that this was normal by doctors and insisted his little boy was seen by a neonatologist. This led to the discovery that Archie’s airways had not fully developed.

His wife Emma insists that without Keith’s persistence, the outcome could have been potentially devastating. When Archie was finally able to come home, it was required that Keith and Emma place an oxygen mask on him each night.

This was a harrowing experience for both parents and little Archie. Emma says, “Keith held me as I cried every night as our little boy lay next to us connected to his machine. If our little girl as much as squeaked he jumped to hold her. Add to that the trauma of daily medication that caused Archie to howl in pain as it hit his tummy."

"Without Keith’s support I would have given up so many times," she said.

With things now looking up for this growing family, Emma nominated Keith to express her awe of this amazing dad. She says, “I just keep thinking, ‘What if I didn’t have him? Other people don’t have this support. I’m so grateful for him."

"We’re delighted that we’re not the only people that know he’s Dad of the Year anymore. Everybody else can verify it for him now,” she added.